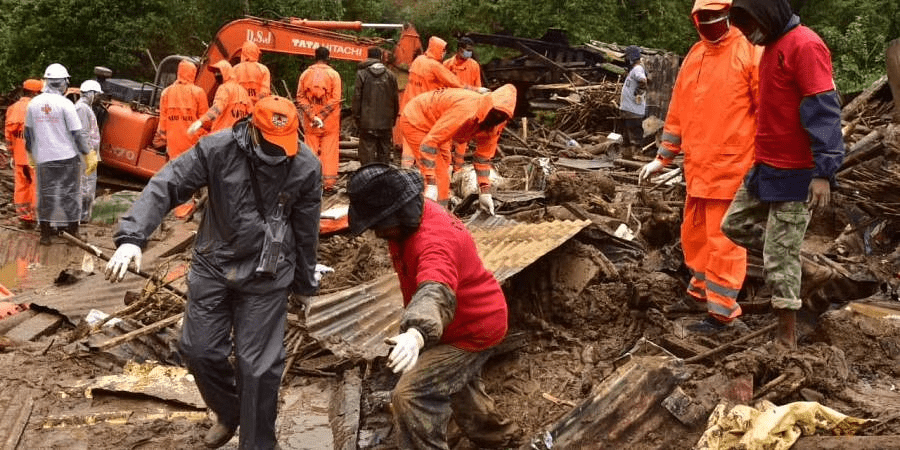 As several countries around the globe are facing extreme weather conditions from drought to flash floods, a special report to the United Nations General assembly mentions that more than 3.8 million people were internally displaced in 2020, mostly owing to weather-related disasters in India while China counted more than 5 million and the United States more than 1.7 million new displacements.

Ahead of the UN General Assembly session this month in New York, the report by Ian Fry, UN Special Rapporteur on human rights & climate change, highlights that throughout the world, the rights of people are being negatively affected or violated as a consequence of climate change.

External Affairs Minister S Jaishankar is scheduled to travel to New York to attend and address the annual General Assembly session and climate change is one of the focus areas of India’s engagement this year.

Hitting hard on major polluters’ lack of commitment, the report says that collectively, the members of the Group of 20 are not on track to achieve their unconditional nationally determined contribution commitments, based on pre-COVID-19 projections.

“Five members of the Group of 20 – Australia, Brazil, Canada, the Republic of Korea, and the United States – are projected to fall short and therefore require further action. By contrast, the world’s 55 most vulnerable economies have lost over half their economic growth potential owing to the impacts of the climate crisis,” it said.

In 2019, the world’s major emitters of carbon dioxide – China, the United States of America, India, the European Union plus the United Kingdom of Great Britain and Northern Ireland, the Russian Federation, and Japan – together accounted for 67 per cent of total fossil carbon dioxide emissions. The members of the Group of 20 accounts for 78 per cent of emissions over the past decade.

The report mentions the economic and non-economic costs of climate change and talks about recent extreme weather events. In the Indian context, it highlights massive floods along the Brahmaputra river affecting 5 lakh people, multiple cyclones in Odisha, and deaths due to unprecedented heat waves this summer in the region.

Fry’s report talks about the need for special funding for loss and damage. “Despite a unanimous call from the Group of 77 and China at the twenty-sixth session of the Conference of the Parties to the United Nations Framework Convention on Climate Change, held in Glasgow, United Kingdom, for a new funding mechanism for loss and damage, the proposal was rejected by influential developed countries.”

“In the end, developing countries were pressured by wealthy nations into settling for a three-year dialogue on a funding arrangement for loss and damage, with no decision-making powers. Effectively, the major emitting countries have abandoned their duty to cooperate in line with the principles of international cooperation,” the report further said.

Author water-digestPosted on May 30, 2022May 30, 2022
Telangana is showing the way to fight fluoride in drinking water with the state managing to connect cent per cent households with potable water....
Read More
News
Author water-digestPosted on June 29, 2022August 8, 2022
The Delhi Jal Board in partnership with Water Digest is orgaining a series of training programs for the 11 Jal Shakti Kendras of...
Read More