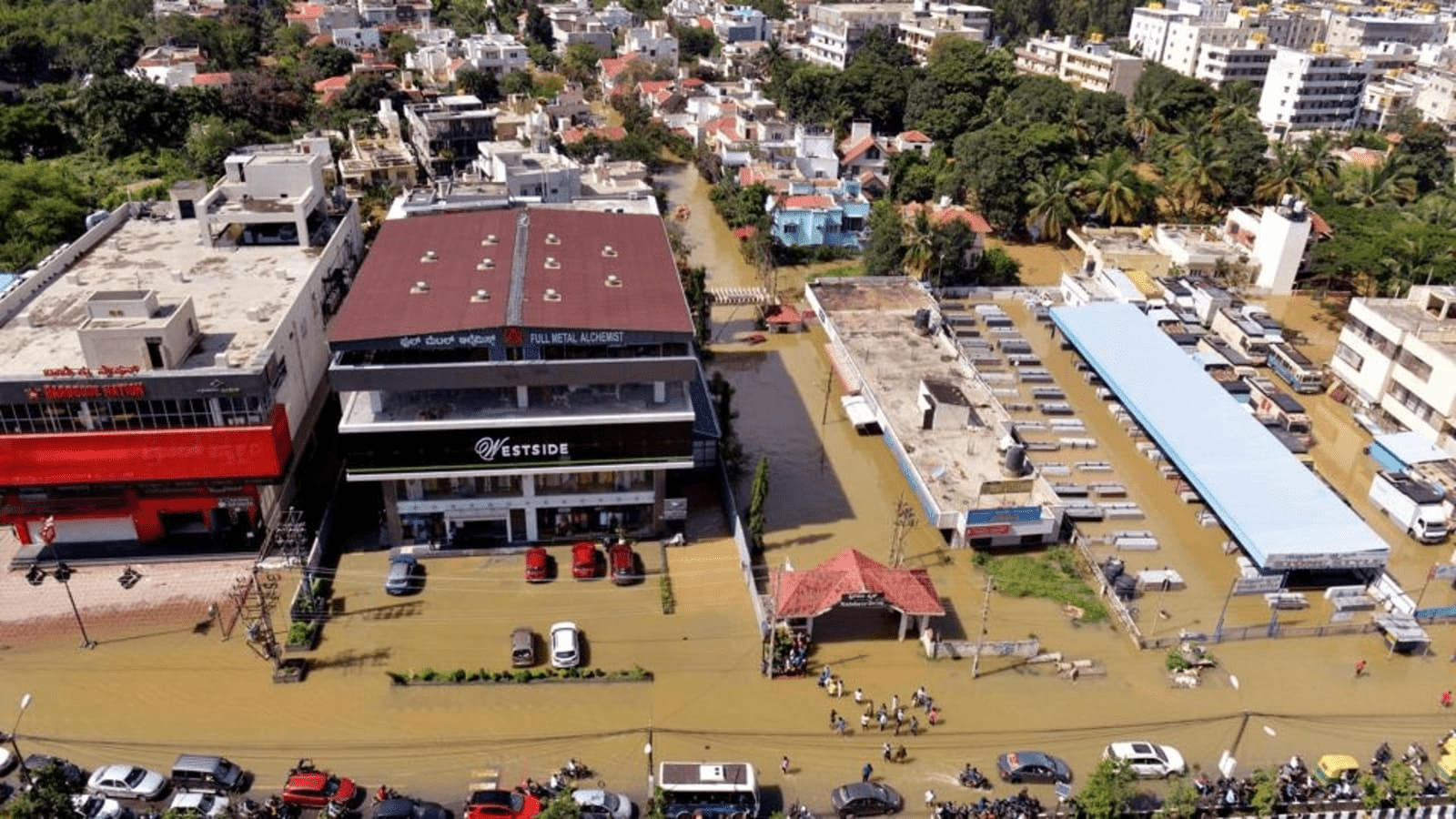 Karnataka chief minister Basavaraj Bommai has announced his government’s decision to release Rs 300 crore to tackle the flooding in the capital city of Bengaluru as torrential rain continues to batter the region, leaving several regions inundated. The announcement came at night after the chief minister chaired a meeting with senior ministers and officials to take stock of the flood situation in the southern state and the damages it caused.

The chief minister further stated that a total of Rs 1,500 crore has been kept aside for construction of storm water drains in Bengaluru. He said that the work will commence once the stagnant water subsides.

Bommai said that the state government has decided to have one more company of the State Disaster Response Force (SDRF) solely for Bengaluru – the worst-hit in torrential rainfall in the state – and Rs 9.50 crore is being released for boats and other equipment for the same.

Meanwhile, at the state level, two more companies of the SDRF will be established in the forthcoming days, the CM added. Bommai said that between September 1 and 5, some parts of Bengaluru received 150 per cent more than normal rainfall, while other regions like Mahadevapura, Bommanahalli and KR Puram got 307 per cent than normal downpours.

The CM pointed out that this is the highest rainfall Bengaluru has received in the last 32 years (1992-93), adding as many as 164 lakes in the Silicon Valley of India have been filled with water. Residents of many parts of the city were taken out of their homes using boats, tractors and even earth-movers. In certain neighbourhoods such as Sunny Brooks Layout, and Rainbow Drive Layout, among others, the waterlogging was so intense that tractors and boats were deployed to ferry students and office-goers in the morning.

Social media was flooded with visuals and videos of inundated roads in the city, with several citizens narrating their ordeals of tackling waterlogged situations.

3.8 Million People Internally Displaced Due to Weather-Related Disasters in India in 2020: Report

Author water-digestPosted on July 20, 2022July 20, 2022
A whopping Rs 282.17 crore has been spent on cleaning the Sabarmati river in Gujarat in the past three years, stated Hardeep Singh Puri,...
Read More

Author water-digestPosted on March 8, 2022March 8, 2022
The National Green Tribunal (NGT) recently imposed a fine of Rs 25 crore on PepsiCo and Coca-Cola for illegally extracting groundwater from the land...
Read More