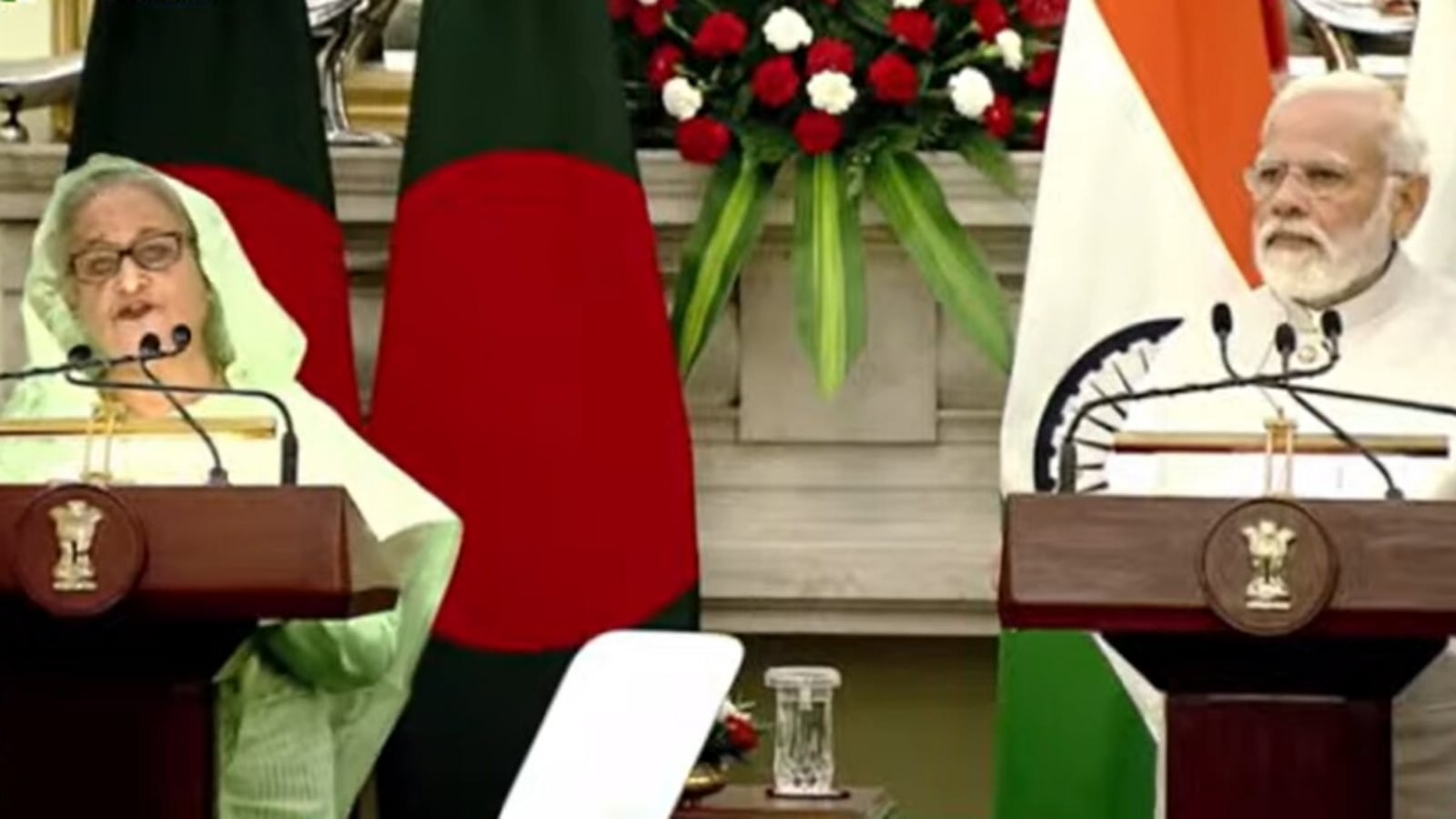 Bangladesh Prime Minister Sheikh Hasina, during the joint press statement at Hyderabad House, expressed hope that the issue of Teesta water sharing with India will be resolved soon.

She highlighted the ties between both the countries and called India the most important and closest neighbour of Bangladesh. “The two countries have resolved many outstanding issues and we hope that all outstanding issues, including Teesta water-sharing treaty, would be concluded at an early date,” she said in a joint statement with PM Narendra Modi.

The Teesta river dispute is an important point of bilateral talks between India and Bangladesh. Both countries signed an agreement in 2011 to share surface waters at the Farakka Barrage near their mutual border.

“I appreciate Modi ji’s visionary leadership that continues to provide added momentum to our bilateral relations. India is the most important & closest neighbour of Bangladesh. India-Bangladesh bilateral relations are known to be a role model for neighbourhood diplomacy,” she said.

Hasina began her four-day visit to India on September 5. She held bilateral talks with PM Modi to further strengthen the relationship between both countries at Hyderabad House.

“Today PM Modi and I have just concluded another round of fruitful discussions, the outcome of which will bring benefits to the people of both countries. We had the meeting in a spirit of close friendship and cooperation,” she said.