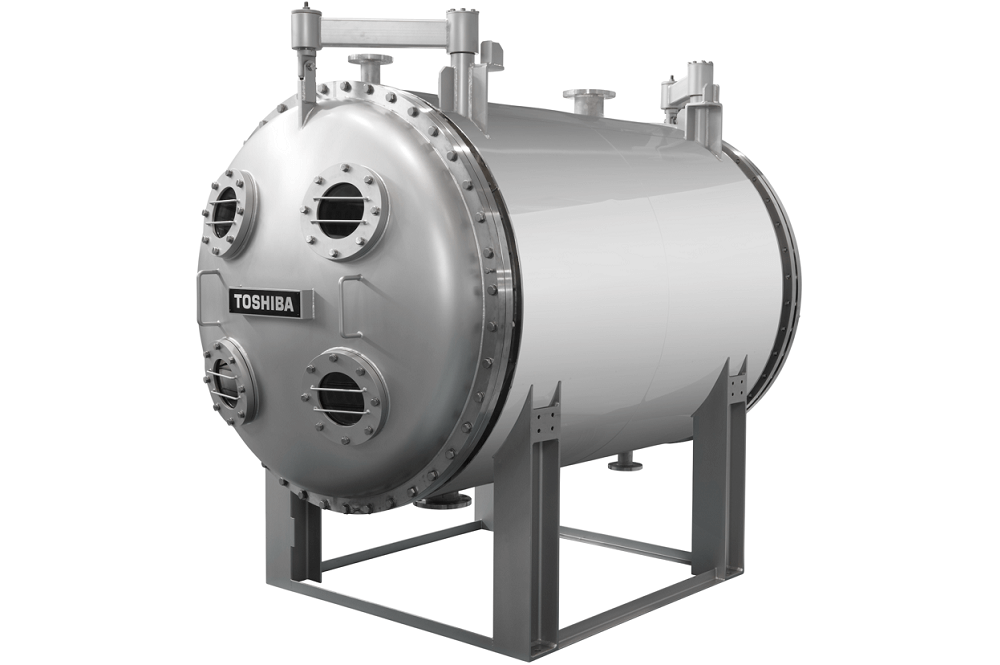 Toshiba Infrastructure Systems & Solutions Corporation (TISS) has announced a contract with Larsen & Toubro Limited (L&T) for three ozone generators at the Chandrawal Water Treatment Plant in Delhi, India, being executed by the Delhi Jal Board (DJB). This is one of the largest-scale ozonation systems for a water treatment plant in India.

The JICA-assisted 477MLD Water Treatment Plant at Chandrawal, being constructed by L&T by replacing the existing water treatment plants, would be equipped with Toshiba’s ozonation systems, having three ozone generators with each 31 kg per hour capacity.

Ozone is a powerful oxidant and has many applications, including dechlorination, deodorisation, inactivation of viruses and bacteria, oxidation of organic and inorganic substances and a reduction in trihalomethane (chemical compounds in which three of the four hydrogen atoms of methane (CH4) are replaced by halogen atoms. THMs are also environmental pollutants, and many are considered carcinogenic formation during chlorination). In addition, ozone has hardly any adverse impact on the environment because it simply reverts to oxygen after use.

In Japan, ozone treatment is commonly used at large water treatment plants, especially in urban areas. Toshiba began developing and delivering ozonation systems in the 1970s. Since then, Toshiba has delivered more than 130 ozonation systems for over 100 projects. In recognition of past strong track record, Toshiba has secured this contract with L&T.

Toshiba Group endeavours to contribute to the establishment of sustainable water recycling systems and the creation of environmentally advanced communities by leveraging its water treatment and solutions technologies cultivated through years of development and extensive experience in overseas EPC ( engineering, procurement and construction) and O&M (operation and maintenance) projects.

Toshiba Infrastructure Systems & Solutions Corporation (TISS) is the core company promoting Toshiba Group’s business in social infrastructure. Split off from Toshiba Corporation in 2017, TISS and its group companies promote realization of a reliable products and systems for a sustainable future that is safe and secure, and seeks to improve value for customers with solutions for social and industrial infrastructure, buildings and facilities.

Author water-digestPosted on March 7, 2022March 7, 2022
The National Mission for Clean Ganga (NMCG) was awarded the ‘Special Jury Award’ for “bringing about a paradigm shift in water management” at the...
Read More