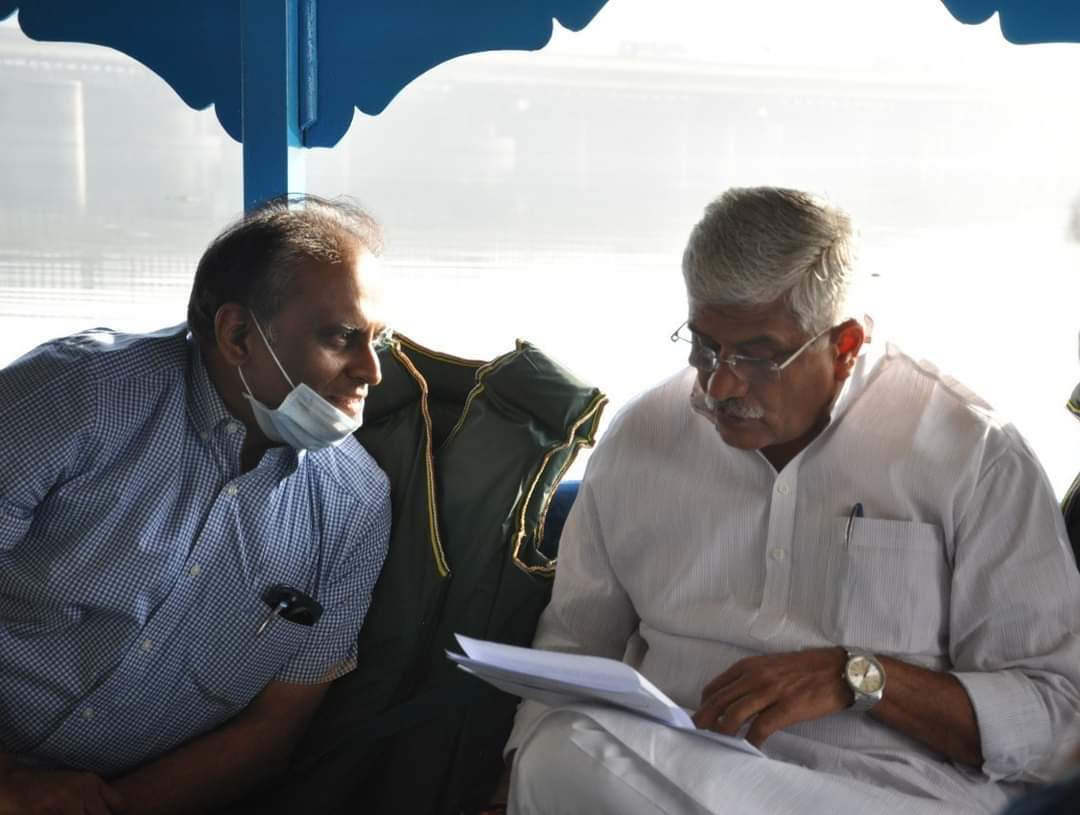 The Union Minister for Jal Shakti, Shri Gajendra Singh Shekhawat inspected the 564 MLD Okhla Sewerage Treatment Plant which is currently being constructed under the Yamuna Action plan-III for which funds are being provided by the central government. The Union Minister first visited the Chhat Ghat at ITO and took a boat from there to reach Okhla Boat Club, 12 kilometers away. From there, Shri Shekhawat reached the Okhla STP site by road. Director-General, National Mission for Clean Ganga, Shri G. Asok Kumar was also present during the inspection. As per the cost-sharing arrangement, 85% of the cost is borne by the central government under the Namami Gange Programme and 15% by the state government. The total sanction cost of the Okhla STP project is Rs. 665.78 crore.

Shri Gajendra Singh Shekhawat said that considering the situation in Delhi, it has been directed to expedite the STP works in Delhi, keeping in mind the December 2022 timeline. He added that after December 2022, a difference will certainly be felt in the quality of water in River Yamuna in Delhi. Okhla STP is the biggest sewage treatment plant in Asia. After the construction of this 564 MLD, there will be a considerable improvement in the water quality of the River Yamuna. Being an integrated project, sludge management has also been included in the scope of the work as per which the sludge will be properly disposed of in a scientific manner addressing the environmental-related issues. 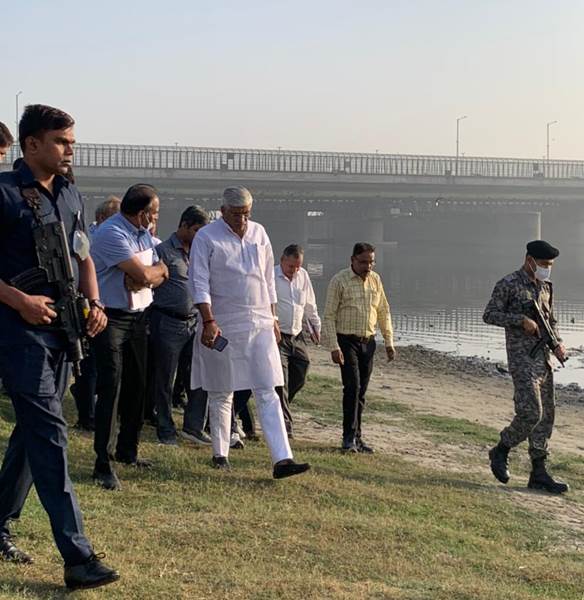 Presently in Delhi, under the Namami Gange program, a total of 11 projects for the treatment of 1268 MLD sewage have been taken up for Rs. 2009 crore by NMCG to conserve River Yamuna. The major share of these projects is being borne by the Central Government through the Namami Gange Programme. These projects are targeted to create a total treatment capacity of 1268 MLD in the catchment area of Coronation Pillar (Coronation Pillar STP completed), Kondli, Okhla, and Rithala in Delhi. These projects are targeted to be completed by December 2022.

At the Okhla Sewage Treatment complex, there are six wastewater treatment plants – Phase-I (136 MLD), Phase-II (55 MLD), Phase-III (205 MLD), and phase-IV (168 MLD), Phase-V (73 MLD), and Phase-VI (136 MLD). The existing Phase-I, II, III, and IV plants were constructed before 1993. As the old plants outlived their life, it was decided that a new STP of combined capacity of Phase I, II, III & IV (136+55+205+168) = 564 MLD is constructed with stringent effluent parameters including removal of Biological Nutrients. It will also have a provision for online monitoring of quality parameters of effluent, SCADA, power generation from biogas and sludge management, etc.

Author water-digestPosted on July 8, 2022July 11, 2022
As many as 12 government schools in Mohali district have failed the bacteriological and chemical test for drinking water conducted at the State Public...
Read More