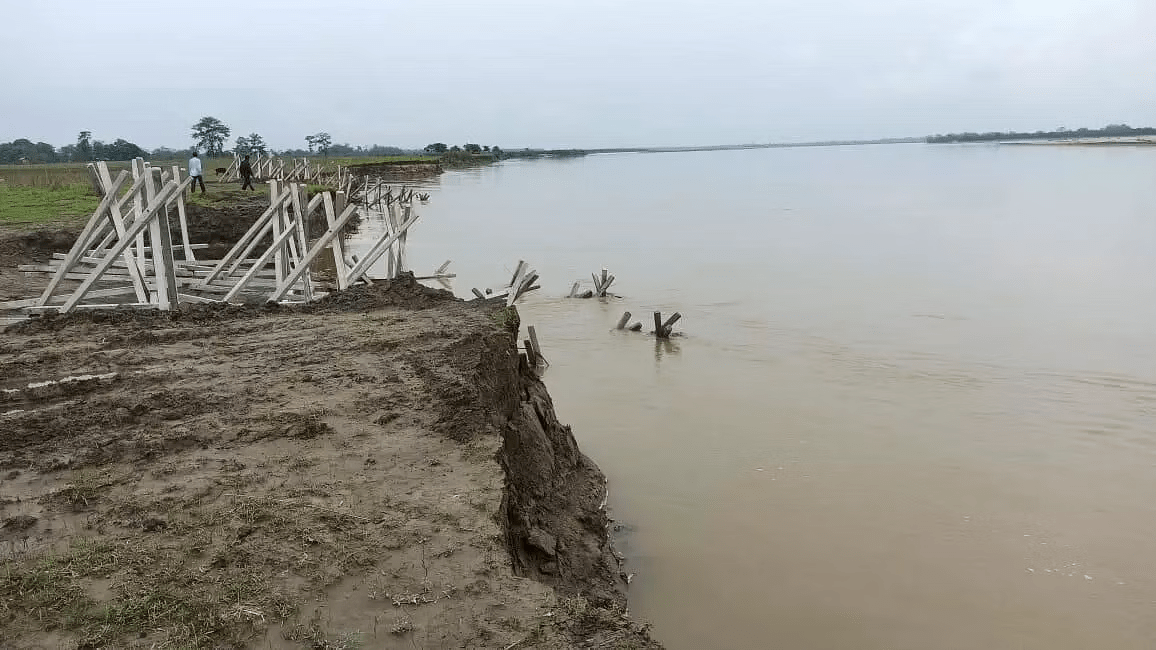 Devastating erosion caused by River Subansiri has created massive threat to the right bank embankment at Ghancharai and Na-Ali area in Lakhimpur district. After eroding an extensive area at Na-Ali under Panigaon Gaon Panchayat of Telahi Development Block, the largest tributary of the mighty Brahmaputra continues its devastation at 35KM stretch of the embankment at Ghancharai under Madhya Telahi Gaon Panchayat of the same development block. Assuming demonic proportion, the perennial erosion of the river has eroded the porcupines one after another, which were installed last year and this year, to check erosion.

The river has already engulfed a large stretch of the area and caused alarming threat to the embankment and almost 30 families residing in the adversely affected village.

According to the local people, now the difference between the river and the embankment is only around 20 metres. The river will erode that stretch very soon. As a result, if the embankment breeches during the upcoming rainy season, the river will inundate more than 40 villages ravaging Na-Ali, Telia Pothar, Halodhiati and other neigbouring villages.