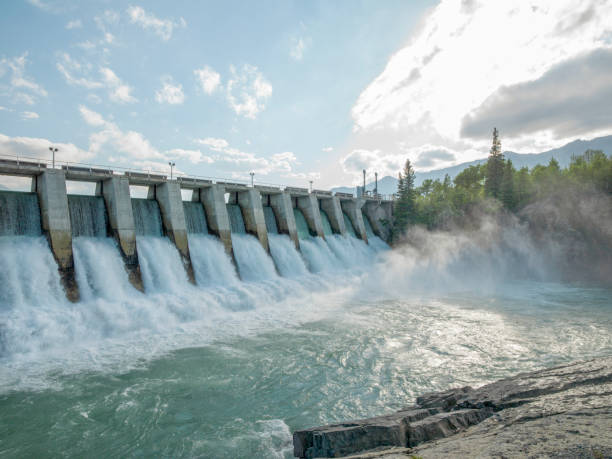 India plans to construct the country’s second-largest dam at Yingkiong in Arunachal Pradesh to counter China’s ambitious water diversion scheme of the river that feeds downstream into the Brahmaputra.

The proposed dam in the upper reaches of Arunachal will be able to store around 10 billion cu. m (BCM) of water, Jal Shakti minister Gajendra Singh Shekhawat said in an interview. By storage, the Indira Sagar dam is the largest in India at 12.2 BCM.

The proposed dam is expected to involve an investment of around Rs 50,000 crore and is part of the proposed Upper Siang multi-purpose storage project that will also generate hydropower.

China’s 14th five-year plan has proposed building a massive dam over the Brahmaputra river, known in China as the Yarlung Tsangpo, a development that has raised concerns in India because of the strategic ramifications. India and China relations have deteriorated after troops clashed along the Himalayan border, killing 20 Indian soldiers in June 2020.

Water in the lean season in the Brahmaputra comes from melting snow in the mountains on the Tibetan plateau. India’s plan involves releasing water from the dam to maintain water security in case China builds structures to divert water. Also, in the case of China releasing water from its upper reaches, such a dam will also help in storing water to prevent floods.

In response to a query about China’s plans to build hydroelectricity projects on the Great Bend, right above Indian territory, where the Brahmaputra takes a U-turn. “We have planned a project for its mitigation in Yingkiong for constructing a dam in the upper reaches of Arunachal Pradesh. And probably that is going to be one of India’s largest dams. We will hold water in that and will release it in the lean season when there is no rainfall to provide us (water) security,” Shekhawat said.

While run-of-the-river (RoR) projects harness the river’s seasonal flows to generate electricity, reservoir projects involve storing water, which addresses the risks associated with seasonal changes in the natural flow and availability of river water. Of the eight river basins in Arunachal Pradesh, Subansiri, Lohit, and Siang are of strategic importance as they are closer to the border with China.

“Dams don’t only serve the irrigation purpose or to generate electricity; they also act as a mitigation cushion to prevent floods. Say, if ever from the upper reaches, there is water release, even then we will have a cushion to control release that water,” Shekhawat added.

According to Indian planners, precipitation in China contributes only 7% to the flow of three tributaries of the Brahmaputra—Subansiri, Siang and Lohit—that originate in China.

Author water-digestPosted on May 23, 2022May 24, 2022
For the first time, the sluices of the 88-year-old Stanley Reservoir in Mettur will be opened in May to facilitate the cultivation of short-term...
Read More

Author water-digestPosted on February 4, 2022February 4, 2022
The Aravalli Biodiversity Park has been declared India’s first “other effective area-based conservation measures” (OECM) site. The announcement was made by officials of the...
Read More