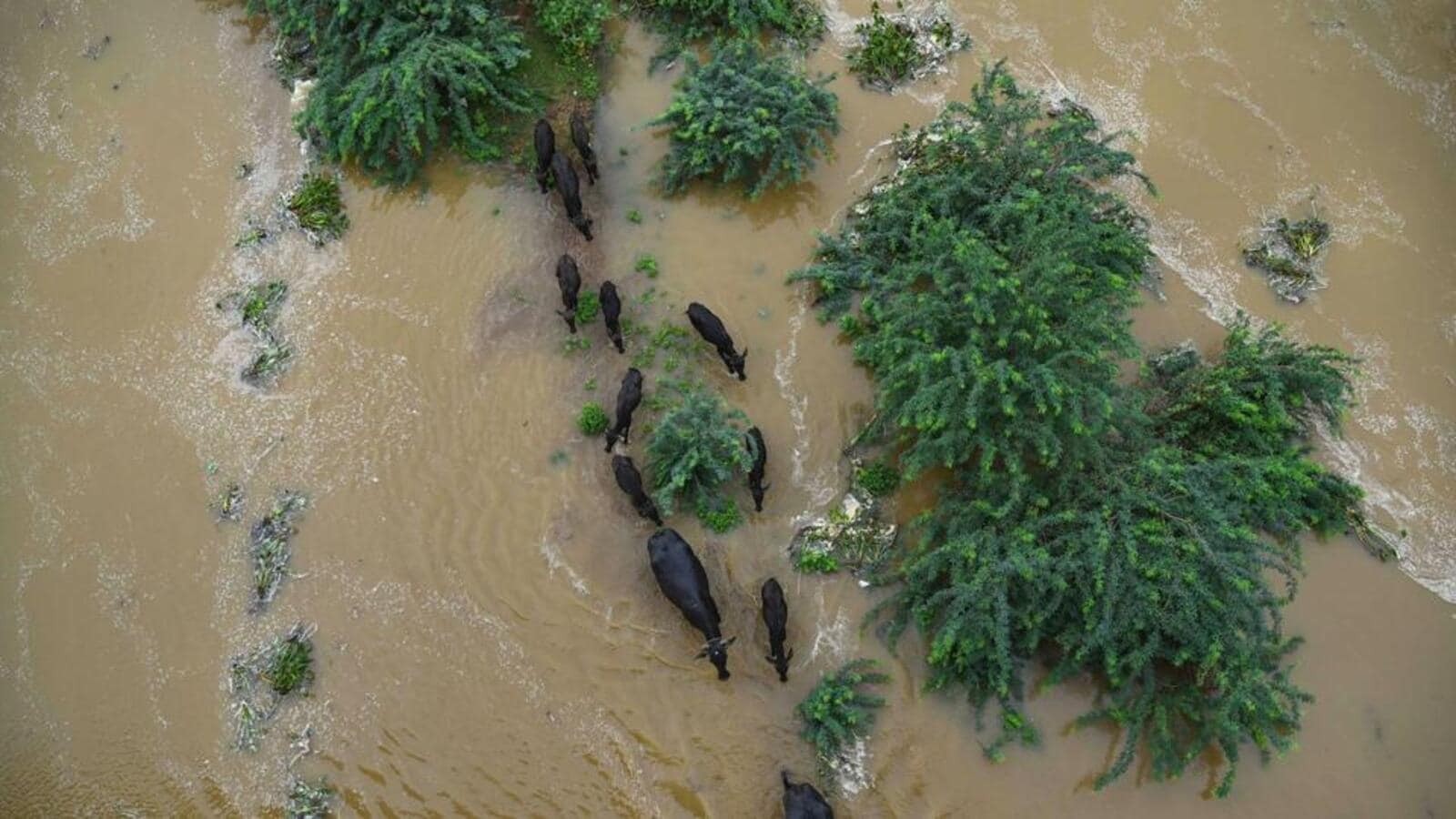 The Telangana government has registered a strong protest with the Centre on continuing the Krishna river water-sharing arrangement between Andhra Pradesh and the state in the ratio of 66:34 for the year 2022-23, ignoring the request for sharing of the water in a 50:50 ratio.

In a letter to the secretary, Union ministry of Jal Shakti dated June 6, Telangana special chief secretary (irrigation) Rajat Kumar said at the 16th board meeting of Krishna River Management Board (KRMB), held on May 6, the state government had put forth a demand for water distribution in the ratio of 50:50 for the water year 2022-23.

According to him, the request was made keeping in view the requirement of 105 tmc (thousand million cubic feet) of water for three operational projects – Srisailam Left Bank Canal, Kalwakurthy lift irrigation scheme and Nettempadu lift scheme, though the total requirement including other ongoing projects, industrial and drinking water needs is around 575 tmc.

However, the KRMB had issued an ex-party notice to continue the water-sharing arrangement in the ratio of 66:34 for the water year 2022-23 as per the minutes circulated on May 27.

According to Kumar, this action on the part of KRMB is not legally valid as the board is empowered to take decisions only through “negotiations and mutual agreement,” as per the AP Reorganization Act 2014, and in the present instance, the Telangana has not given its consent to this allocation.

He appealed to the Union secretary to resolve the matter by convening a meeting of the stakeholders where considered decision can be taken on the legitimate requirements of Telangana, pending settlement of the issue of fair and equitable sharing of Krishna waters by the Tribunal.

The Telangana irrigation secretary said the KRMB has been making ad hoc water-sharing arrangements between AP and Telangana on a year-to-year basis. This was fixed in the ratio of 512:299 tmc ft (AP: TS) in 2015 (subsequently marginally revised to 66:34 ratio in 2017).

“This arrangement was not based on any formula or principles of equitable distribution, but merely on the water utilisation pattern of two states in the water year 2013. It was made only for one year, and Telangana state agreed with the clear understanding that the central government would expedite the matter for making fair allocations by referring the matter to the Krishna Water Disputes Tribunal,” Kumar said.

However, at the beginning of every water year since then, KRMB has been making water-sharing arrangements in the ratio of 66:34 (AP: TS), he said, citing the original decision taken in 2015. This, in effect, is perpetuating the very injustice against which the Telangana movement was directed, he added.

“During the water year 2021-22, Telangana had agreed to the water sharing ratio of 66:34 under protest, subject to the condition that Andhra shall not divert more than 34 TMC from Srisailam reservoir. Despite our request, KRMB allowed the neighbouring state to draw waters far over their legitimate claim of 34 TMC, though this was raised before the Board on several occasions,” Kumar alleged.

He reminded that the Telangana government in October 2021 had withdrawn its petition in the Supreme Court seeking re-allotment of Krishna waters between the riparian states in the wake of the bifurcation of combined Andhra Pradesh.

“The petition was withdrawn following an assurance from the Centre at the apex council meeting held on October 6, 2020, that it would refer Telangana’s demand to the Krishna water disputes tribunal. However, the Centre is yet to refer the issue to the tribunal,” the Telangana irrigation secretary pointed out.