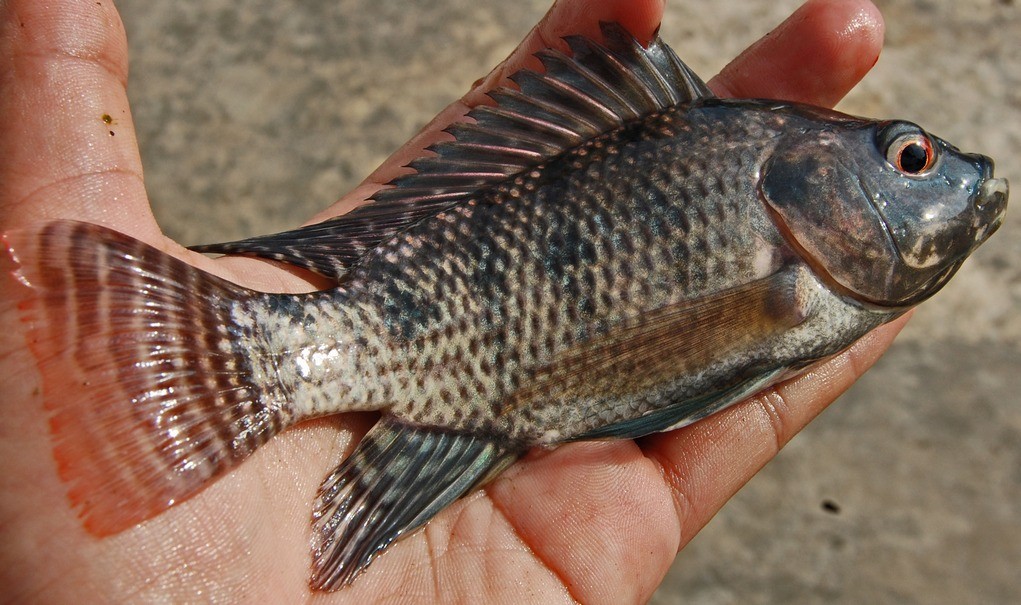 New findings from regional climate model studies conducted in a 25-km grid in the Ganga river basin predict a mean annual temperature rise in the waters of 1 degree Celsius-4 degrees Celsius between 2010 and 2050. Warmer waters could allow non-native species to move into areas they have not been observed in before.

Among the most abundantly captured invasive species that may benefit from rising temperatures are the common carp or Eurasian carp (Cyprinus carpio), Nile tilapia (Oreochromis niloticus) and African catfish (Clarias gariepinus), according to new research.

Freshwater fish are an important component of invasive alien fauna, possessing attributes that boost their ability to spread in new habitats and harsh conditions.

According to AK Singh, Emeritus Scientist at the ICAR-National Bureau of Fish Genetic Resources, Lucknow, most invasive species are able to adapt to changing climatic conditions since they are plastic in nature. He was referring to the morphological plasticity of invasive species to respond to new environments by changing their anatomical traits. Singh co-authored the study, published in January.

India’s National Biodiversity Authority lists the Nile tilapia, African catfish and common carp as a great threat to the country’s freshwater biodiversity. These species are present in abundance, and farmed along the Ganges, given their high commercial value. However, according to the National Biodiversity Authority, the introduction of these fish has critically depleted many native species, especially Indian carp in major riverine systems, including the Ganga.

The impacts of climate change – primarily rising temperatures – will only enable non-natives to thrive and spread.

Though dramatic changes in precipitation and temperature patterns place added stress on both native and invasive aquatic species in freshwater systems, invasive species are far better equipped to handle new conditions. This is the edge that helps common carp, tilapia and African catfish survive in Uttar Pradesh: several areas in Kanpur, Mehndi ghat in Kannauj, Shuklaganj in Unnao, Daraganj in Prayagraj, Adalhat in Mirzapur, Saraimohana in Varanasi, Dadri ghat in Ghazipur and Ganga ghat in Ballia district.

Climate change currently affects at least 10,967 species on the IUCN Red List of Threatened Species, increasing the likelihood of their extinction.

Despite being widely documented as invasive, these species continue to be cultured world-over. For example, a study published by the Food and Agriculture Organization of the United Nations in 2021 observed that global tilapia aquaculture production grew exponentially from 1990 to 2018, from 3,80,000 tonnes to 60 lakh tonnes, making it the fourth-largest species group in global aquaculture.

According to Viplove Katiyar, who works at a farm near Amethi in Uttar Pradesh, farming tilapia and African catfish improves profitability for farmers and food security for the global population. The tilapia is hardy and adaptable, and has the potential to produce multiple offspring, making it ideal for farming.

However, invasive fish are particularly prone to escaping from their pens and ponds. They also easily take hold in newer areas and can out-compete many local fish. “We initiated several awareness campaigns, but realised that stakeholders and farmers favour immediate gains over any consequential impacts which are realised only much later, and may be tangible or intangible,” said Singh.

According to the National Biodiversity Authority, invasive species management is a herculean task. So far, the populations of only a species have been successfully controlled. In the case of aquatic invasion management, prevention is the only cost-effective solution to date. “If any potential invader has established and colonised [a water body], there is no single method to contain and manage them,” said Singh. “And even if such a method exists, it is highly expensive. World over, millions of dollars have been spent to eliminate invasive aquatic species, but nothing has happened.”

In the long term, they would have an adverse effect on the local ecosystem since they have the potential to interfere with ecological niches, biodiversity and can build their own environment to thrive in, thus disrupting ecosystem services, said Singh.