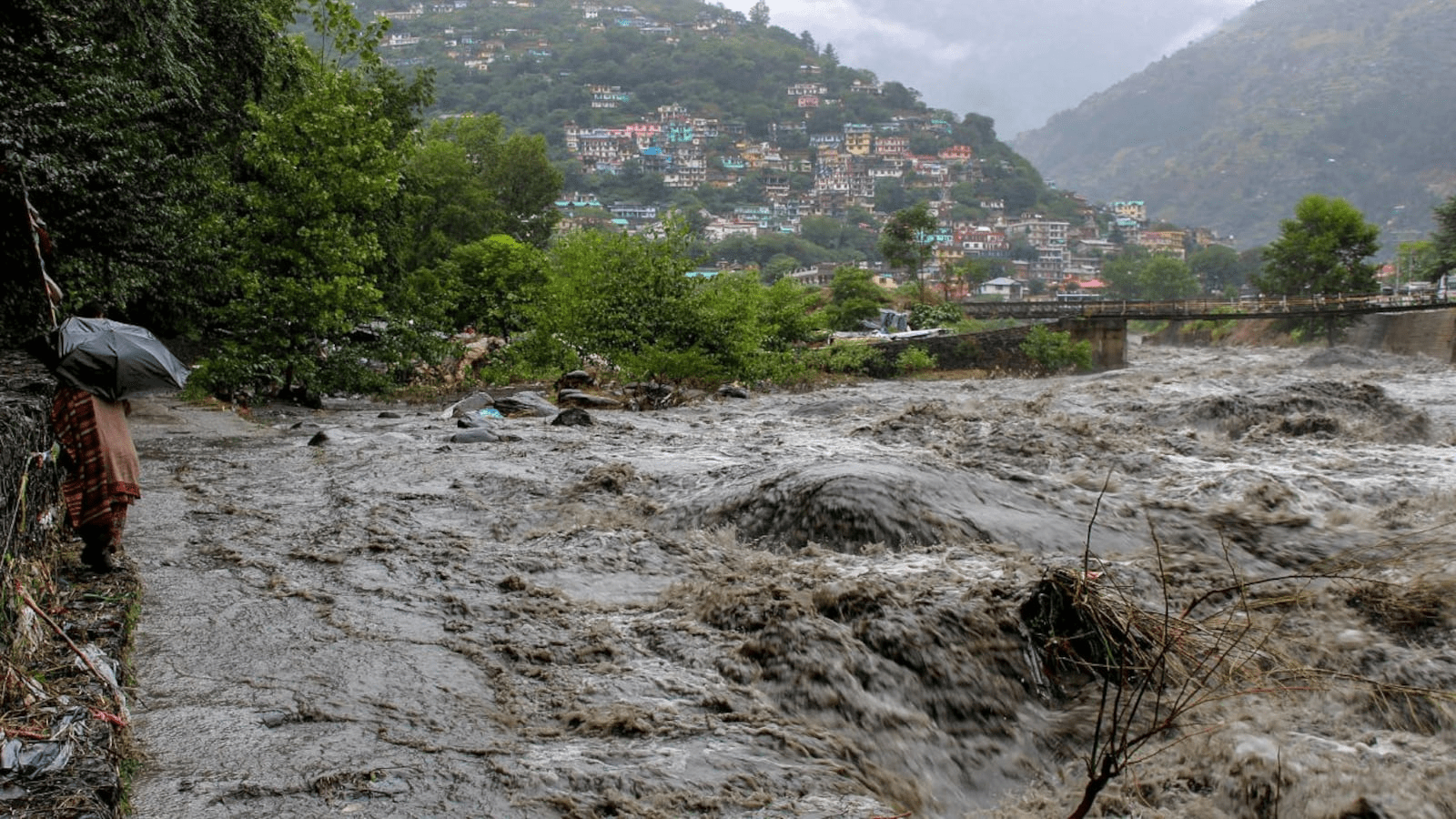 Accumulation of a huge amount of silt in the Gori river over the years has made it change its course and flow threateningly towards villages located nearby causing concern among residents.

Residents of nearly a dozen villages of Bangapani sub division including Gattabagar, Chami, Lumti, Mori, Mankot, Toli, Choribagar, Umargara, Phagawa, Deviagar, Bhadeli and Muwani Rawani have approached the district administration seeking protection of their lives and property from the fury of the river.

According to Hira Chiral, former gram pradhan of nearby Chauna village, “Over 15 acres of cultivable land of Bhadeli village near Gori was washed away by the river in the 2013 disaster. The river is invariably in spate during the rainy season…Its strong currents can reach residential houses merely 300 metres away.”

The families of Govind Ram, Hayat Ram, Harimal Ram and Bharan Ram became landless after their fertile land near Gori river was swallowed by it in the 2013 floods, said Madan Ram Sanyal, an SP leader and resident of Umargara village of Gori valley.

Dilip Singh, a farmer of Choribagar village of Gori valley says due to absence of protective walls on the banks of river, over 10 acres of land belonging to him and two other farmers Madho Ram and Diwani Ram were washed away by river floods in 2017.

“We have sent proposals for constructing protective walls along Gori river to save the villagers from further sliding and waiting for approval from higher officials,” said Pithoragarh District Magistrate Ashish Chauhan.

He said Gori flows closer to habitations along its banks than other rivers in the district.

Other main rivers flowing in the district are far away from fields or residential houses, the DM said.

Gram Pradhan of Gharuri Mankot Munni Devi said, “The erosion from Gori river side towards villages has been continuing since 2013. If security measures are not taken on time, several villages will be destroyed”.

Pithoragarh-based geologist Pradeep Kumar said, “The villages along Gori river are situated on sand carried over by the river over thousands of years”.

“Due to accumulation of silt in the middle of the river, the flow of river has gone towards the villages. The protection walls will have to be dug deep as there are no hard rocks on the river bed. To remove sand from flowing area of the river to make it deep might be another measure to stop the river from moving towards villages, but it is very costly,” he said.

Author Water-DigestPosted on February 18, 2022February 18, 2022
The Uttar Pradesh government will restore and rejuvenate at least 50 small rivers in the state, leveraging support from MNREGA. Such rivers are lower order...
Read More