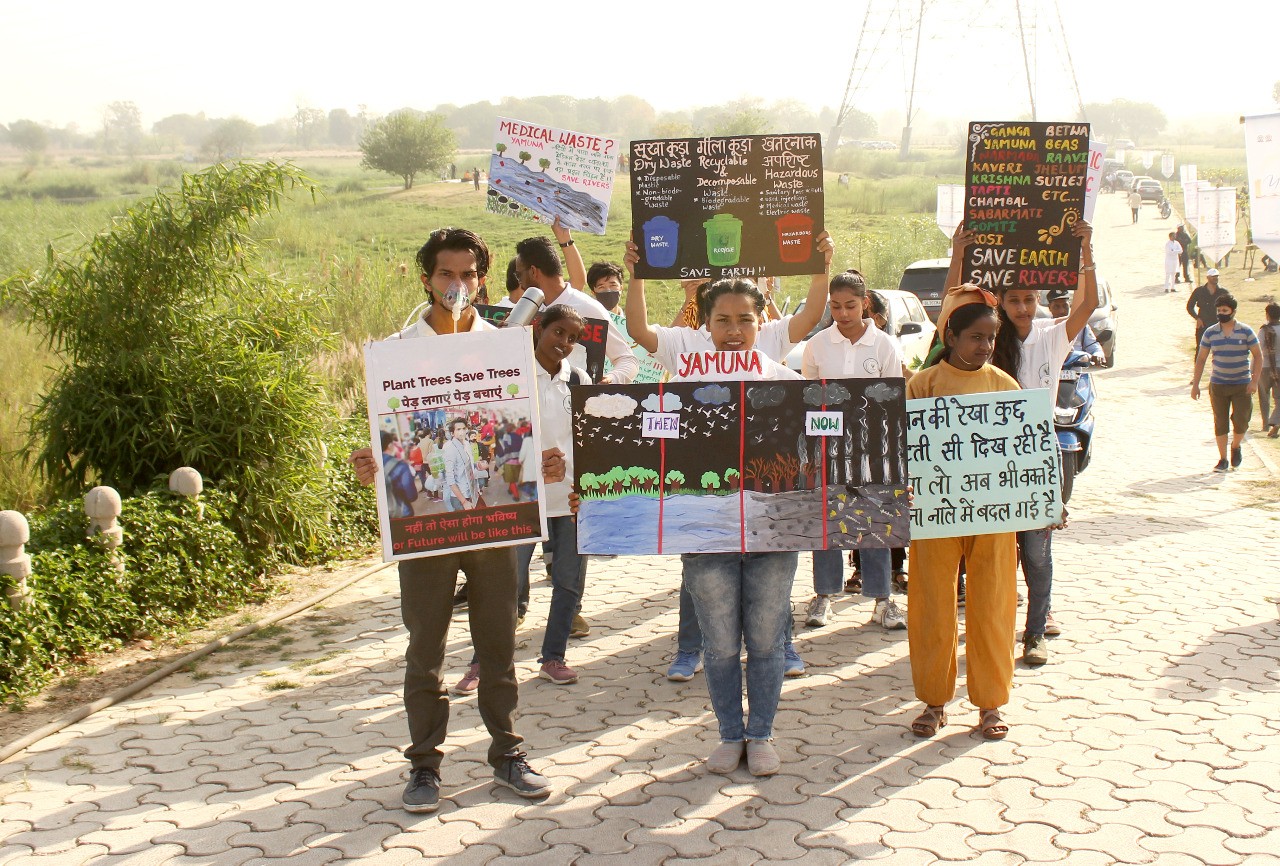 ‘Yamunotsav 2022’ under the joint auspices of ‘Bharatiyam’, ‘Namami Gange’, ‘Rotary Club of Delhi’, ‘Samadhan Abhiyan’, ‘Rotary District 3011’, ‘Se Earth’, ‘Draupadi Dream Trust’ was celebrated in New Delhi on Sunday. The grand festival was inaugurated with the lighting of lamps by dignitaries present on the occasion. It was followed by deliberations by all those participating in the event.

Delhi Jal Board
Delhi Jal Board (DJB) had a special demonstration in Yamunotsav 2022. The Board apprised through various programmes in the festival, that it is working tirelessly at the grassroots level to clean Yamuna River by 2025. The Board also displayed its endeavours like increasing the capacity of sewage treatment plant (STP) network in Delhi, which will contribute tremendously in treating the wastewater of the city’s drains before the outfall in Yamuna River.

Shri G. Asok Kumar, Director General, Namami Gange, Ministry of Jal Shakti, in his speech, focussed on the commitment of the Delhi Government with regard to cleaning Yamuna. He recounted the efforts of the state government to clean the river through several projects.

He said that the government is discharging its responsibilities but the time has come for the people to do their bit in cleaning Yamuna. He emphasised on generating more public awareness and also requested the people of Delhi and around to take a pledge to not allow dirty water to flow into Yamuna. He asked people to refrain from throwing plastic, garbage and other solid wastes into the river. The Director General held that a combined effort by the Government and the general public is unavoidable to restore the environmental health of Yamuna River.

He specifically deliberated that for a Nirmal (clean flow) & Aviral (unfettered flow) Yamuna, the people must join the on-going drive and come on one platform with one objective with the Government.

Yamunotsav 2022 was marked with activities like classical-music, singing, street-plays, paintings and poster-displays that were key attractions of the programme. Deserving persons and NGOs working in the field of water rejuvenation and cleaning Yamuna River were felicitated with awards and recognition like Yamuna Nav Rakshak, Yamuna Yodha, Yamuna Saviour.

Author water-digestPosted on November 22, 2022November 22, 2022
WD News: Ethiopian-American Nasa Research Engineer Berhanu Bulcha is aiming to find a solution to the problem of locating water on the moon, to...
Read More