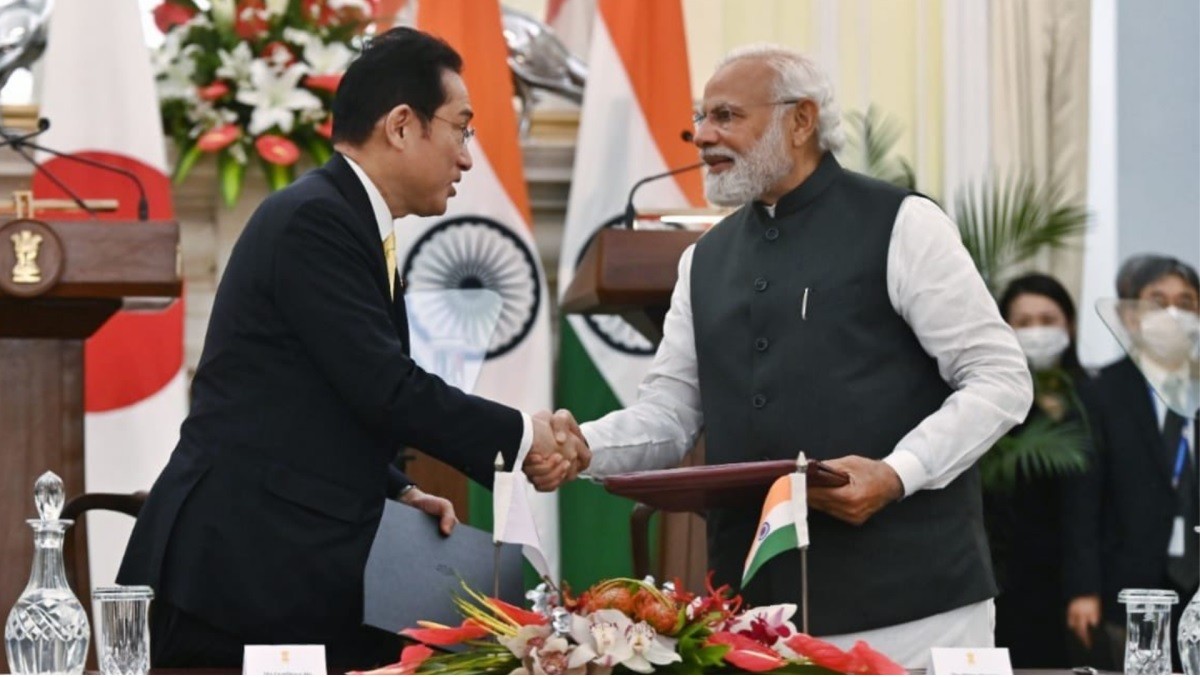 Both of them appreciated the importance of their continued collaboration through the Act East Forum (AEF) for sustainable economic development of India’s North Eastern Region and for enhancing the Region’s connectivity with Southeast Asia.

India and Japan held the sixth joint meeting of the India-Japan Act East Forum (AEF) on March 15 in New Delhi in which they reviewed progress of ongoing projects in various areas including connectivity, hydropower, forest management, water supply and sewerage, skill development and Japanese language education. They also exchanged views on possible new areas of cooperation.

Established in 2017, the AEF is a Japan-India framework to discuss various fields of cooperation with the aim of further expanding Japan-India collaboration in the North Eastern Region of India. Japan has historical ties with India’s North East and attaches great importance to cooperation for the development of this region, where Japan’s Free and Open Indo-Pacific vision and India’s “Act East Policy” converge. Ongoing ODA projects supported by Japan in this region amounts to more than 246 billion yen (INR Rs 1,600 crore).

Agreements for 7 JICA Loans were signed for projects in connectivity, water supply and sewerage, horticulture, healthcare, and biodiversity conservation in various States. Of the 7 loans, two are for Northeast.

For Northeast, loans would be given for Phase 6 of North East Road Network Connectivity Improvement Project (NH208 (Khowai – Sabroom) and strengthening health systems and excellence of medical education in Assam.

It would include improvement of existing tertiary medical institutions (medical college hospitals) and provision of related equipment, improvement of existing secondary medical institutions and provision of related equipment, ICT intervention in the healthcare system and strengthening organizational capabilities and cooperation, as well as strengthening the capabilities of the healthcare workforce.

Prime Minister Modi appreciated Japan’s support for India’s socio-economic development over the years. The Prime Ministers welcomed the signing of the exchange of notes concerning seven yen loan projects in which Japan provides over 300 billion yen (over Rupees 20,400 crores) in total.

Both the prime ministers expressed their serious concern about the ongoing conflict and humanitarian crisis in Ukraine and assessed its broader implications, particularly to the Indo-Pacific region. They emphasized that the contemporary global order has been built on the UN Charter, international law and respect for sovereignty and territorial integrity of states.