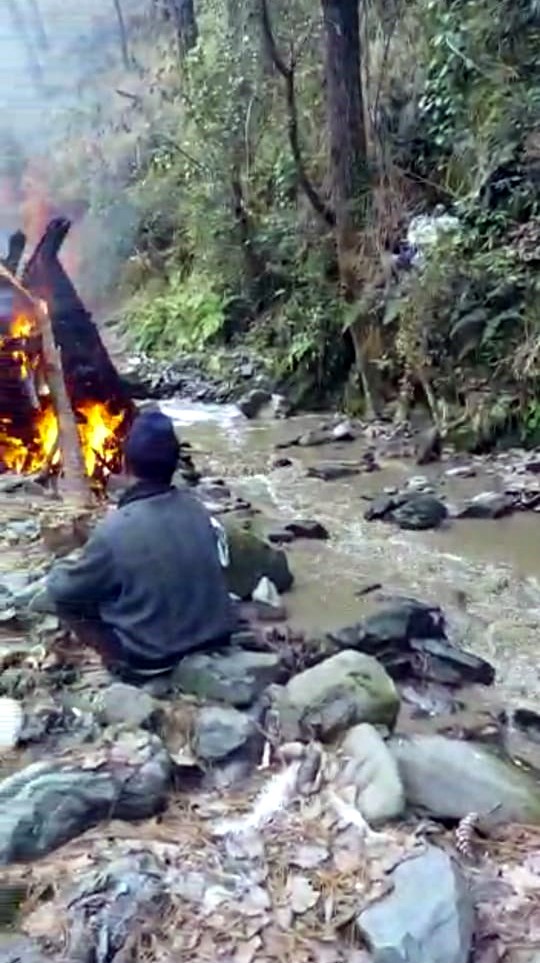 The Sewerage Treatment Plant (STP) in Barmu village below Shimla’s Kelston area is reportedly not treating the sewage well enough. People living in the villages below the STP are complaining that the water released from the plant into the IGMC nullah, which runs through the area, is often not treated properly.

Villagers complain there’s a cremation ground close to the nullah and the water running in the nallah is smelly.

Shimla Jal Prabandhan Nigam Limited (SJPNL), which manages water and sewerage service within the Shimla Municipal Corporation, says the STP plants in the area are working as per the Pollution Control Board norms and no sample ever has failed from the plant.

According to Gopal Krishan, AGM, Sewerage, the work of retrofitting is on at the STPs at the IGMC, North Disposal and Summerhill. There’s no longstanding problem at any of these STPs, but we will look into the concerns raised by the people.

Villagers, however, assert that they are facing this problem for a while now and one of them has even written to the Chief Minister. According to them, the situation is very serious. Apart from foul smell and muddied water, one can even see layers of feces formed at some places in the nallah.

The release of untreated water into the nallah is posing serious health concerns to both domestic wild animals drinking from the nallah. Also, this nallah ends up in a rivulet at Dargi-Sainj, from where water is lifted for the people of 45 panchayats.

According to the villagers, water is drawn from the nallah and the rivulet it ends up in for irrigation and even drinking purpose. The untreated water is destroying their crops too, they complain.

Author water-digestPosted on May 19, 2022May 19, 2022
Several people can be seen storing and collecting water from water tanks and water bores in the national capital. Parts of Delhi are facing...
Read More