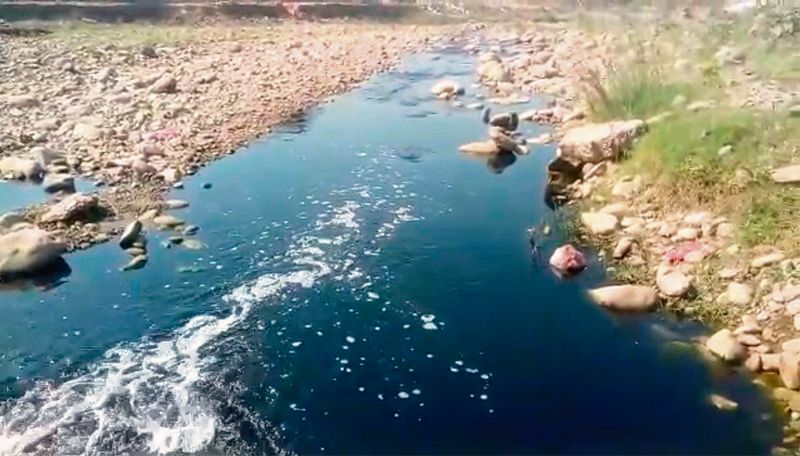 At least 37 pharmaceutical industries operating in the Baddi-Barotiwala-Nalagarh belt have been found non-compliant with the inlet norms of common effluent treatment plant (CETP).

Some antibiotics like azithromycin, ciprofloxacin, ofloxacin, levofloxacin etc. were found significantly present in the final discharge of the CETP into the Sirsa river.

Antibiotic residue of azithromycin was considerably present in the river both upstream (2.5ug/litre) and downstream (2.1ug/litre), with further rise in the Nalagarh area (2.9ug/litre).

During the post-monsoon sampling, deterioration in the water quality downstream of the effluent treatment plant was observed. As per a study conducted by the joint committee constituted by the National Green Tribunal (NGT), 111 antibiotic units are being monitored by the State Pollution Control Board (SPCB). Of these, 37 were found non-compliant with respect to limits prescribed for discharging waste into the CETP. The study expressed concern over the situation since it is adversely affecting public health and environment.

The units have been directed to monitor active pharmaceutical ingredients (API) and take remedial steps. The SPCB has been told to enforce law against the violators. The NGT also recommended that all pharma units of the BBN area should be connected to the CETP.