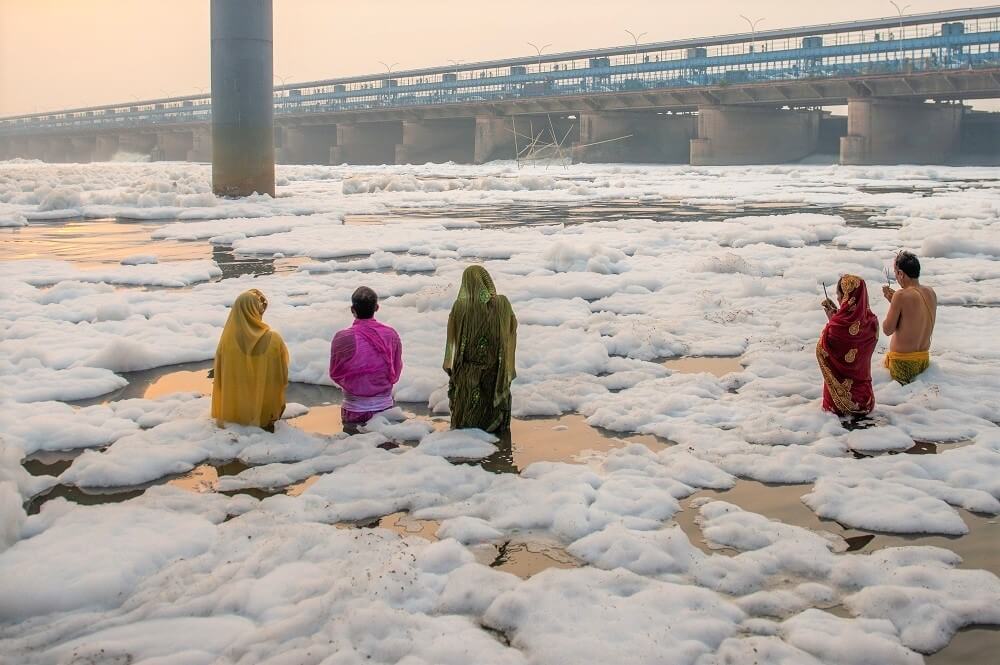 WD News: While the Delhi government had promised to clean the Yamuna to bathing standards by 2025, the pollution load in the river has increased substantially over the last five years, according to a report by the environment department.

The report shows that barring in one region, the annual average concentration of Biological Oxygen Demand (BOD) increased at every location of water sample collection for testing in the national capital.

Delhi generates around 769 million gallons of wastewater a day. The 35 STPs located at 20 locations across the city can treat up to 632 MGD of sewage and have been utilising around 90 per cent (570 MGD) of their capacity.

Only nine STPs, with a cumulative treatment capacity of 133 MGD, comply with the prescribed standards for BOD and Total Suspended Solids (TSS) for treated wastewater – 10 mg/l each.

The Delhi Jal Board (DJB) is constructing new STPs and rehabilitating the existing ones to be able to meet the prescribed standards.

According to government estimates, the DJB will be able to treat 925.5 MGD of wastewater as per the new standards by December 2023.

Author Water-DigestPosted on January 20, 2023January 20, 2023
He will be responsible for all SUEZ businesses in Asia, including water management, recycling and recovery, treatment infrastructure, and smart and environmental solutions. WD...
Read More

Author Water-DigestPosted on March 1, 2022March 1, 2022
The district administration has come up with an ambitious project to provide treated water to three villages – Kanhaili, Sunariya and Mayna. The water...
Read More

Author Water-DigestPosted on April 10, 2022April 13, 2022
All necessary action is being taken to prevent Karnataka from constructing a dam at Mekedatu and water samples from Cauvery and Pennaiyar rivers are...
Read More