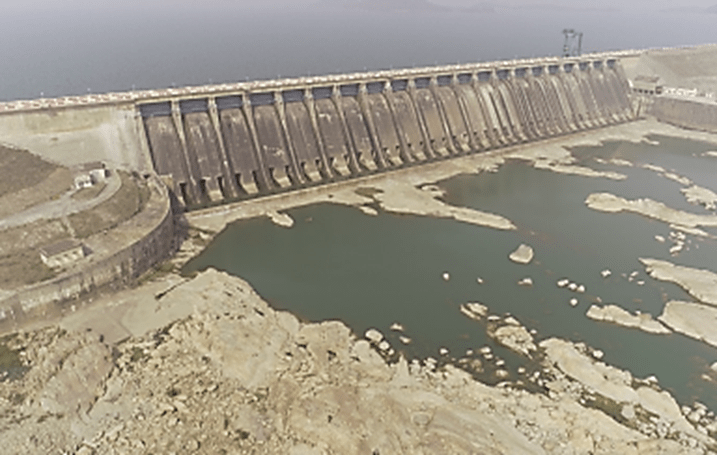 Odisha government has decided to float a fresh tender for the construction of an additional spillway to enhance the flood water discharge capacity of Hirakud Dam.

The bid document for floating the fresh tender with revised estimate for the World Bank funded additional spillway project has already got the administrative approval.

The documents have been sent to the government and a fresh tender for the construction of the additional spillway will be floated after getting the nod from the government, he said.

Currently, there are 98 gates, including 64 sluice and 34 crest gates, to release the flood water from Hirakud dam. Around 15 lakh cusec water is released through the 98 gates at a time now.

With the construction of the additional spillway the water discharge capacity of the Hirakud Dam will increase to 18 lakh cusecs.

The length of the proposed additional spillway dam will be 91 m and there will be five sluice gates, the officials said.

The Central Water Commission has already recommended enhancing the flood water discharge capacity of the dam. The additional spillway for the Hirakud Dam was proposed thereafter.

The meteorological and climate changes and probable maximum flood were considered while taking the decision to enhance the flood water discharge capacity.

Tata Projects and AGE Group of Turkey had earlier been entrusted to carry out the construction work of the additional spillway. They had began working on the project, which was estimated at Rs 369.53 crore in January 2019.

The two companies, however, wrote to the state government in February 2020 and backed out from the project saying the reason for it was the delay by the government in handing over the site for construction work.

Author Water-DigestPosted on October 20, 2021January 27, 2022
The specialty chemicals company LANXESS has upgraded its Lewatit K 7333 ion exchange resin for oxygen removal for use in the electronics industry. The...
Read More

Author Water-DigestPosted on February 14, 2022February 14, 2022
Glaciers at Pangong region in Union Territory Ladakh have receded 6.7 percent for the last three decades, according to recent research. Experts have warned...
Read More

Author Water-DigestPosted on October 25, 2021January 27, 2022
National Water Mission’s (NWM) campaign “Catch the Rain” with the tagline “Catch the rain, where it falls, when it falls” is meant to nudge the states and stake-holders...
Read More

Author Water-DigestPosted on October 18, 2021January 27, 2022
The Haryana government proposes to spend Rs 215 crore on the construction of a dam meant for the revival of the Saraswati river. According...
Read More