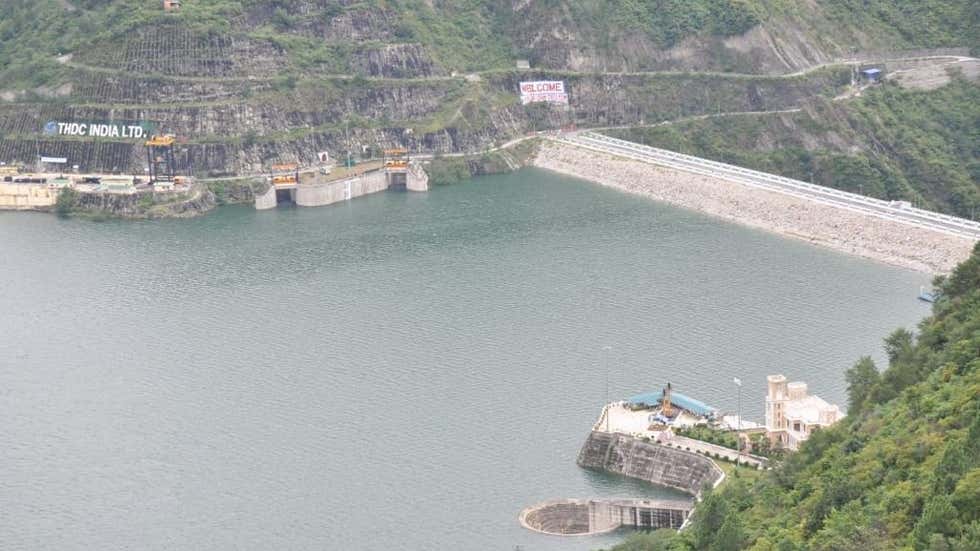 The Tehri Dam Project in Uttarakhand reached a milestone, as it achieved its full capacity of 830 metres for the first time ever.

The project has been providing the much-needed 1000 MW power and other benefits such as drinking and irrigation water, flood moderation, fishing, tourism etc. for the past 15 years, and yet its full potential had remained elusive.

The Tehri reservoir could not be raised to Full Reservoir Level (FRL) of EL 830 metres due to different issues. However, with the Centre and the state governments’ efforts, this mammoth task was achieved after the pending rehabilitation issues of the project were resolved by THDC India.

The Uttarakhand government permitted raising the Tehri reservoir level to EL 830 metres on August 25, 2021. Prior to this permission, dam authorities were not allowed to raise it to full level and full potential, as water and power were not getting fully utilised.

The Tehri Dam Project is a multipurpose hydropower scheme on the Bhagirathi river, and is the third-highest among earth-fill dams and tenth highest among all dams. The project consists of a 260.5m high earth and rock fill dam, and four machines of 250 MW each in an underground power house. The project has a capacity to store about 2,615 MCM of surplus flood water during monsoon.

Post monsoon, the stored water provides irrigation support to 8.74 lakh hectares of land in the Gangetic plains of Uttar Pradesh. It provides around 300 cusecs of drinking water to Delhi for about a 40 lakh population, and 200 cusecs to Uttar Pradesh for some 30 lakh population. The project has also enabled the farmers of the Tehri command area to cultivate up to three crops a year.

The Tehri power plant provides 1000 MW of power and more than 3,000 million units of energy annually to the northern grid, of which 12 per cent goes to Uttarakhand free of cost.

The project was conceived in 1949 and was cleared by the Government of India in 1986 as a joint venture company of the Governments of India and Uttar Pradesh. A techno-economic agreement between India and Russia was signed in 1986. THDC India Ltd. (formerly Tehri Hydro Development Corporation) was incorporated to implement the scheme in 1988.

The safety of the dam and its impact on the quality of water and the environment had also been contentious issues. Several government departments and panels of scientists and experts were constituted to deliberate on these issues, and after their recommendations, the construction of the main dam started in 1990 with the raising of the upstream coffer dam. The seismic safety of the dam was again reviewed by Indian and Russian experts. The Govt. of India approved the implementation of the project in 1994, and the actual construction of dam works started in 1995.

The construction of project structures continued with intermittent protests and could finally be completed in 2005. The commissioning of the project could start in October 2005, when the High Court of Uttarakhand allowed the closure of the last diversion tunnel (T-2) to start filling the Tehri reservoir. Subsequent to the commencement of initial filling of the reservoir in October 2005, commissioning of the 4 units of the powerhouse also started one by one, and the project was fully commissioned in July 2007.

The initial filling of the Tehri reservoir was a challenge, as the Tehri dam was the 1st earth and rock fill dam of such height in India. THDCIL took every precaution, reviewed available literature about the initial filling of high dams worldwide and consulted hydro project experts to frame the dam filling program along with the program of regular monitoring of the structures through instruments installed and geodetic observations.

Till the year 2020, the reservoir was filled up to EL 828m, as GoUK permitted THDCIL to raise the reservoir level up to that level only. Permission for filling up to EL 830 million was granted by the state government this year in August. The reservoir touched EL 828m on 11th September and thereafter filling was done to reach EL (+) 830m on September 24, 2021.

Author water-digestPosted on April 10, 2022April 13, 2022
All necessary action is being taken to prevent Karnataka from constructing a dam at Mekedatu and water samples from Cauvery and Pennaiyar rivers are...
Read More

Author water-digestPosted on February 16, 2022February 16, 2022
Days after her budget presentation where Finance Minister Nirmala Sitharaman spoke about taking up implementation of the Ken-Betwa Link Project (KBLP) on priority, the...
Read More