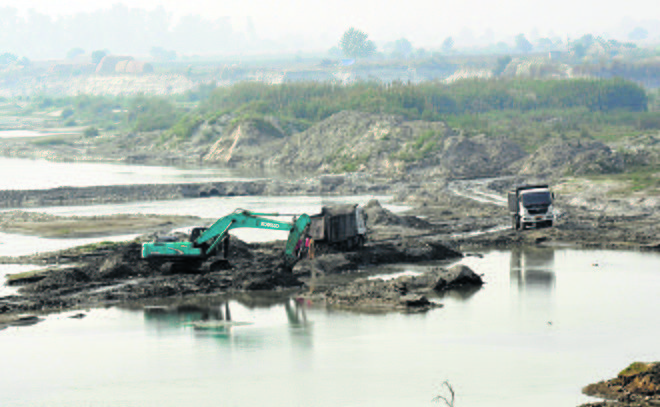 Despite the State Environment Impact Assessment Authority’s (SEIAA) notice, the Punjab Government will go ahead with the removal of the mining material from the rivers and rivulets as a part of desiltation.

Last week, the SEIAA had asked the state government to stop the work, saying the mining of sand and gravel was being done under the garb of desiltation. The State Environment Impact Assessment Authority’s (SEIAA) has objected to the desiltation work, saying that for the past two years, those given the contracts weren’t lifting the extra silt from the beds, but extracting sand and gravel by digging, that too, without getting the mandatory green clearances.

According to official sources, the process of desiltation, which led to the extraction of sand from the riverbeds, would continue as it was in accordance with the law and Punjab’s policy.

After getting the approval from the Council of Ministers, the process to desilt the riverbeds was allotted to contractors by the government in 2020, a senior official said.

After having received the notice from the SEIAA last week, the government is sending its reply, saying that the desiltation was necessitated after a lot of silt had accumulated in the riverbeds, post the 2019 floods.

In its mining policy of 2018, the Congress government had decided to allot mining contracts in seven blocks for 196 sand and gravel quarries. The onus of getting the environment clearance was on the contractors.

Author water-digestPosted on July 2, 2022July 2, 2022
The government has earmarked Rs 30 crore towards realising the much-delayed Common Effluent Treatment Plant (CETP) at the Edayar industrial area in Kochi. The...
Read More