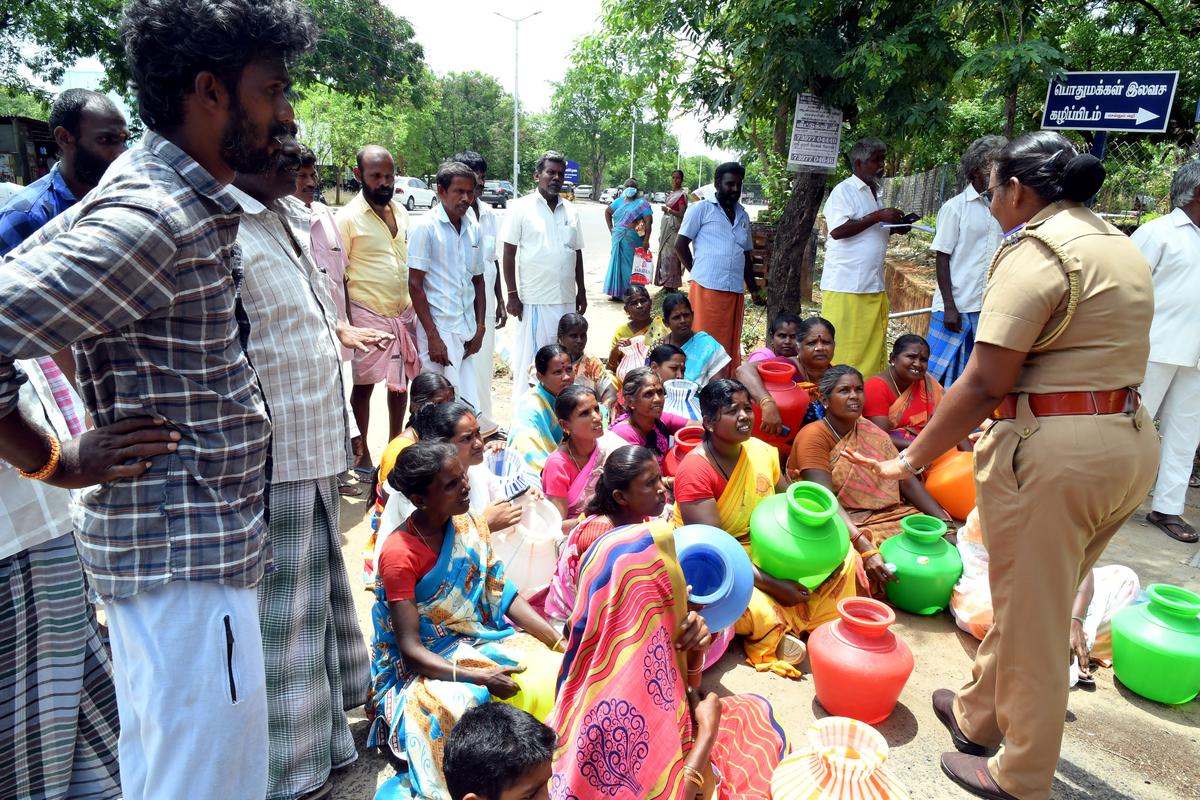 More than 100 families living in Arunthathiyar Colony in Rayarpuram under the Seelapadi Panchayat have been without drinking water for the past one-and-a-half years as the pipeline was damaged during the work undertaken to lay a new road from Thaneerpandal to Arunthathiyar Colony.

The villagers said that earlier they had been receiving drinking water through the Cauvery Comprehensive Drinking Water Scheme.

Eventually, the road laying process was stopped temporarily and the broken pipes were left unattended ever since, said the protestors.

The affected villagers lamented that they had repeatedly alerted the Panchayat officials including the president, union councillor and ward members on the issue but their complaints were never addressed.

Agitated by this, more than 50 villagers, including women and children, from the area came with empty pots and laid a siege to the District Collectorate.

They squatted on the ground and raised slogans. Following this, the police rushed to the spot and held talks with them.

Later, a few representatives of the village submitted their petition to District Collector S Visakan who assured them that steps would be taken to streamline the supply of drinking water.

Due to lack of drinking water supply, people in the area have been forced to buy water.

Author water-digestPosted on September 8, 2022September 8, 2022
The Union Jal Shakti Ministry has asked basin states of the Ganga River to strengthen the initiatives to promote natural farming along the river banks...
Read More