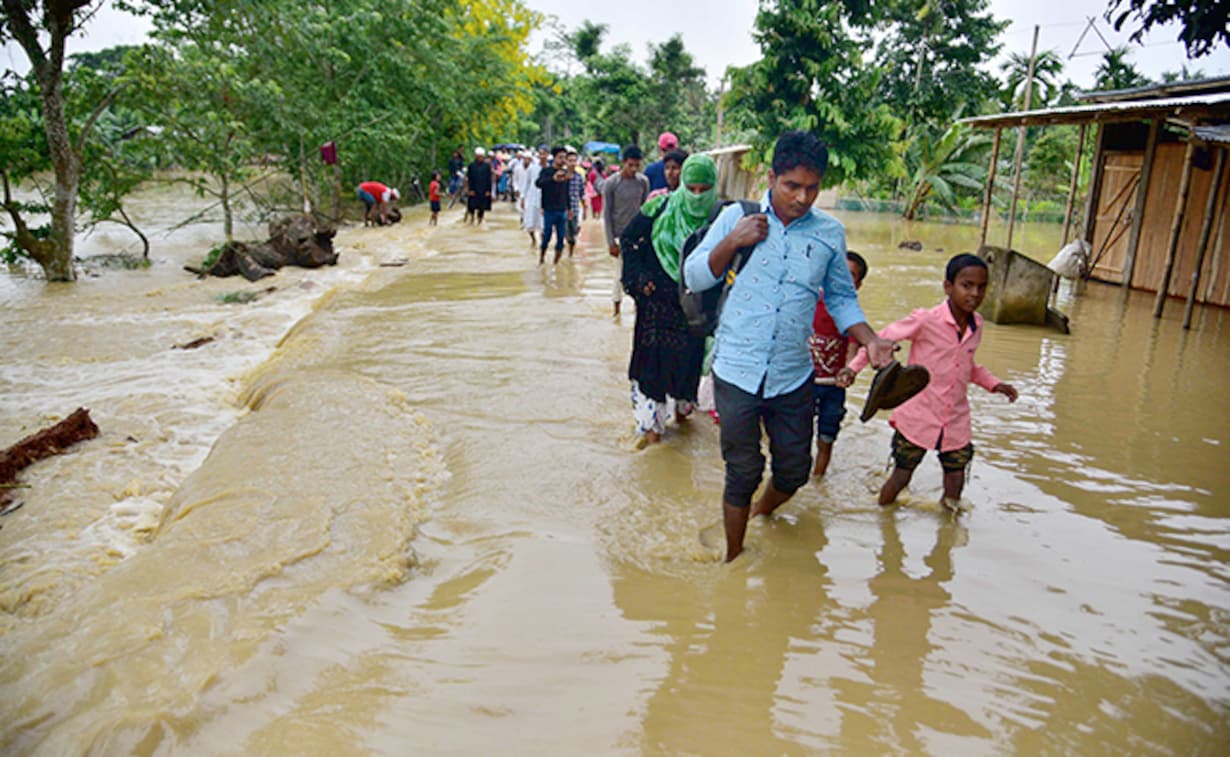 Over 4 lakh people have been affected by heavy floods in Assam, triggered by pre-monsoon rains that drowned eight. Authorities warned the situation could worsen.

At least 1,500 villages along the Brahmaputra, one of the world’s largest rivers, are flooded after water level rose in the past three days.

Torrential rains lashed most of the state, and the downpour continued with more forecast over the next two days.
Assam’s Water Resources Minister, Pijush Hazarika, told news agency Reuters that more than 5 lakh people have been affected, with the flood situation turning critical by the hour.

Indian Army personnel have rescued over 2,000 people trapped in Hojai district. The rescue efforts continue.
Water levels in the Brahmaputra were expected to rise further, central authorities have said.

According to Assam’s Revenue Minister, Jogen Mohan, who is overseeing relief efforts there said the situation remains extremely grave in the worst-hit Dima Hasao district, with both rail and road links snapped due to flooding and landslides.

Home Minister Amit Shah telephoned Assam Chief Minister Himanta Biswa Sarma and assured all possible help from the central government in the wake of the floods.
The Air Force has been asked to airdrop essentials like rice, daal and medicines in Dima Hasao, which remains cut-off for the past three days.

The weather office has issued a red alert for extremely heavy rain in Assam and neighbouring Meghalaya, and an orange alert for the rest of the north-east on Wednesday.
In Cachar district, the Army and the Assam Rifles sent two columns for flood rescue operations.

Author Water-DigestPosted on July 19, 2022July 19, 2022
The Karnataka government is in the process of establishing water aerodromes in eight reservoirs in the state with a view to improve connectivity and...
Read More

Author Water-DigestPosted on November 16, 2022November 17, 2022
The new factory in Bengaluru is for flexible mass production of measurement and analytical devices. WD News: ABB Measurement & Analytics has opened its...
Read More