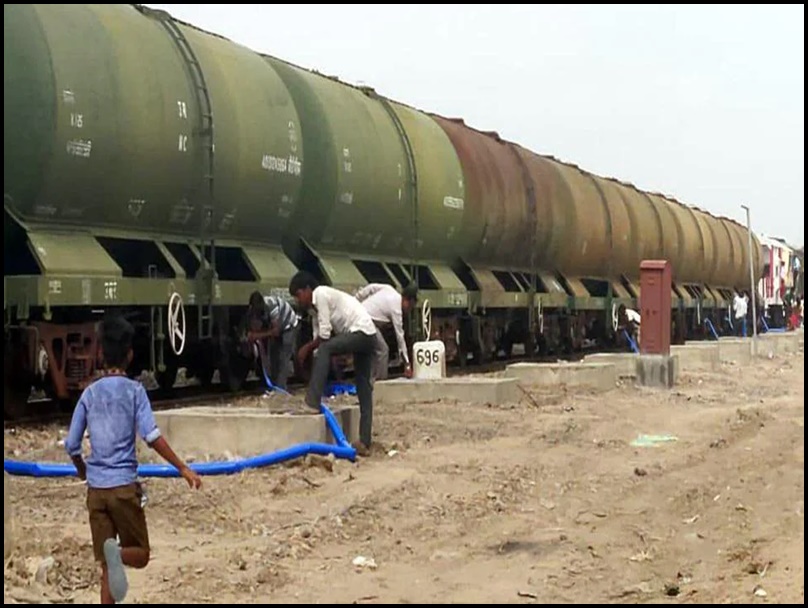 To address the drinking water crisis in Pali, the Rajasthan government will run water trains for the residents of the region from April 15. This is for the fourth time since 2005 that Pali district will receive water through train services which is being provided by the state government.

The Jodhpur Division of North-Western Railway has given a green signal to the proposal to operate the water trains.

The whole region will receive 80-lakh litres of drinking water daily through 160 wagons in four trips from Bhagat-ki-Kothi in Jodhpur to Pali station.

As per the plan, the water trains will run from April 15 till the arrival of monsoon. These trains will draw water from multiple sources from Indira Gandhi Canal Project, dams and tubewells.

The drinking water crisis started in the region after the Jawai Dam that supplies water to the Pali-Marwar area dried up due to insufficient rain last monsoon.

Moreover, the mercury started rising in Rajasthan early and many parts of the state are witnessing severe heatwave-like conditions in April. Several places recorded maximum temperature above 40 degrees Celsius this week.

As per reports, the train carrying water will cost Rs 15 lakh per day and the expenses will be borne by the state disaster and relief fund under the contingency plan. The water from Jodhpur by water train will be sent for filtering first and then will be supplied to the Pali city.