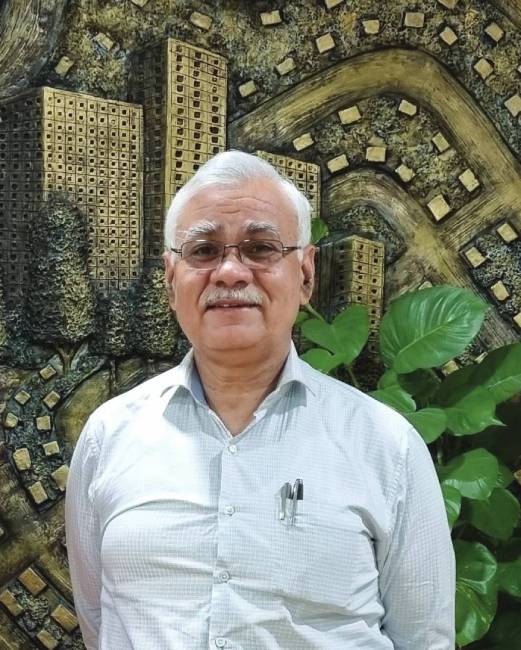 Water Digest (WD): How do you think Smart Cities Mission, a flagship programme of the Ministry of Housing and Urban Affairs can contribute to water management in India?

Durga Shankar Mishra (DSM): Smart Cities Mission is the first mission where under the vision of the Prime Minister Shri Narendra Modi, we brought a new paradigm in the whole urban development sector. The selected cities, both big and small, had to prepare a Smart City Plan that would reflect the aspirations of the people living in them. Accordingly, the city administration had to muster up the resources to translate the plans into actual projects. Having said that, the definition of a Smart City varies from one city to another.

Broadly, we go about it in two ways, carrying out intensive development in a particular area and pan city development. The first entails retrofitting, in which specific parts of the city are redeveloped for a better living. The second entails larger issues such as regular water supply or traffic management that impact the everyday life of denizens.

The transformation is visible in cities such as Indore, Bhopal, Surat, Ahmedabad and Kakinada.

WD: How do you associate the Jal Jeevan Mission with this mission and addressing the need of the urban sector?

DSM: For the firsttime, there is focus on water as an infrastructure for the urban areas, addressing the vision for urban rejuvenation and transformation. We selected 500 cities, whose population was more than 100,00, with nearly 60% urban population. The focus was on providing water tap connection to every household, and whenever not possible, within 15 meters from the household. I am happy to share with you that so far, we have been able to provide 1.01 crore tap connections in these cities.

Similarly, we wanted to improve the sewer and septic tank connections. We will able to reach the target by 2023. But now, through the Jal Jeevan Mission, we want to go beyond improving the infrastructure to making these cities water secure by taking care of the sources like water bodies and wells.

DSM:There were five key elements under Jal Shakti Abhiyaan in 2019. The first among them is the construction of rainwater harvesting structures in public buildings like schools, colleges and offices and encouraging people to utilise this facility. The second is to motivate cities to conserve at least one water body. The third is recycling water and the fourth is plantation because plants help in conserving water. The final was engaging people through various sabhas for open discussions on the use and reuse of water and for these to be highlighted on social as well as digital media.

We have started PejalSanrakshanon the same lines as Swachh Bharat Mission to ascertain equitable distribution of water, reuse of wastewater and mapping of water bodies with respect to quantity and quality of water through a challenge process.The pilot project has been launched in 10 cities-Agra, Badlapur, Bhubaneswar, Churu, Kochi, Madurai, Patiala, Rohtak, Surat and Tumkur. Based on the learnings, we will implement it in 500 cities selected under Smart Cities Mission and subsequently, in all the cities.

WD: How can the private sector collaborate and support the ongoing initiative?

On the technological side, we are going to promote a lot of start-ups, to have a competitive challenge through which we can solve different issues related to the water.

WD: Would you like to give any message to our readers?

DSM: To conserve water, reuse, recycle and reduce the use of water to save it for the future generation.

Grundfos India: Digitalisation of Water at the Ground Level

Grundfos India: Digitalisation of Water at the Ground Level

Innovation and partnership are key to progress