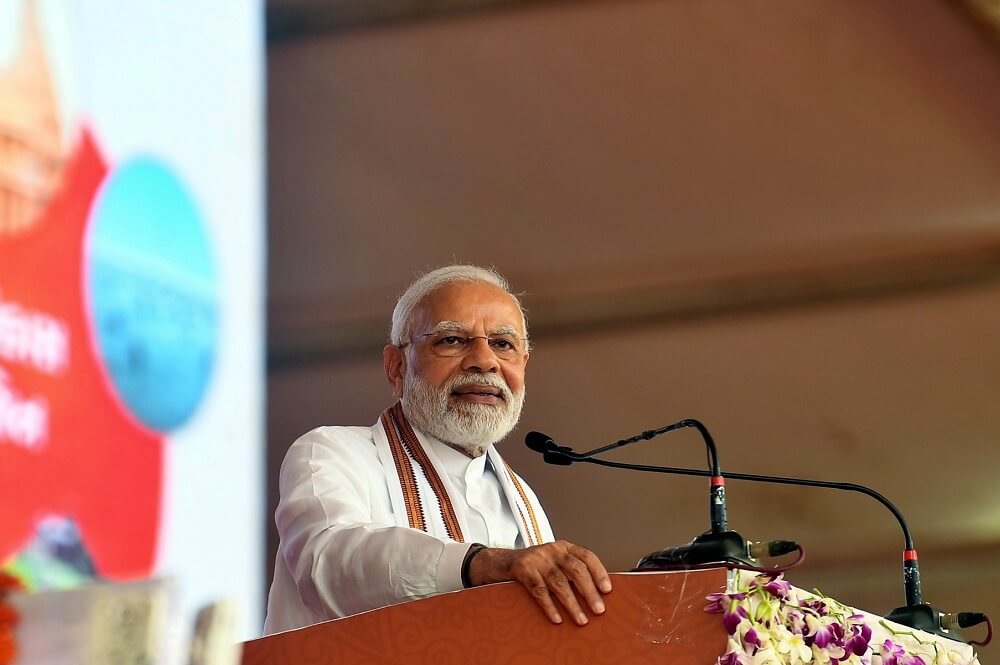 WD News: Gujarat has been declared as a 100 percent ‘Har Ghar Jal’ state. It means all households in rural areas have access to safe drinking water through taps in the state.

As per the government data, all 91,73,378 houses in the state now have water connections.

Prime Minister Mr Narendra Modi has lauded Gujarat as the state was declared as 100 percent ‘Har Ghar Jal’. Responding to a tweet by Gujarat Minister Rushikesh Patel on the 100 percent completion of Har Ghar Jal, Mr Modi praised the enthusiasm of the people of the state.

Prime Minister congratulated the people of Gujarat and said that this shows the enthusiasm of the people towards jal Shakti.

In another tweet, Gujarat Minister of State for Home Harsh Sanghavi called it yet another achievement on the occasion of Gujarati New Year. He said that Gujarat is now the third big state, after Haryana and Telangana that has now declared completion of the Jal Jeevan Mission.

Jal Jeevan Mission was announced by Prime Minister Narendra Modi on August 15, 2019, with the aim to provide tap water supply to every rural home by 2024. In 2019, only 3.23 crore (17%) had tap water connections. Thus, the objective was to provide nearly 16 crore additional households tap water by 2024. In addition, functionality of all existing water supply systems and tap connections was also intended to be ensured through JJM. The programme aims to directly benefit more than 19 Crore rural families, bridging rural – urban divide and improving public health.

Jal Jeevan Mission has already reached a milestone of providing about 10.32 crore (54%) rural households (as on 10.10.2022) with tap water connections in their homes.

Jal Jeevan Mission also implements source sustainability measures as mandatory elements, such as recharge and reuse through grey water management, water conservation and rainwater harvesting. The mission is based on a community approach to water and will include extensive Information, Education and Communication (IEC) as a key component. JJM looks to create a Janandolan for water, thereby making it everyone’s priority.

Author water-digestPosted on November 16, 2022November 16, 2022
WD News: India may have suffered an economic loss of $4.4 billion last year alone due to storms, and an additional $3.2 billion due...
Read More

Author water-digestPosted on November 26, 2022November 26, 2022
As the Delhi government has promised to clean the Yamuna to bathing standards by 2025, the pollution load in the river has increased substantially...
Read More