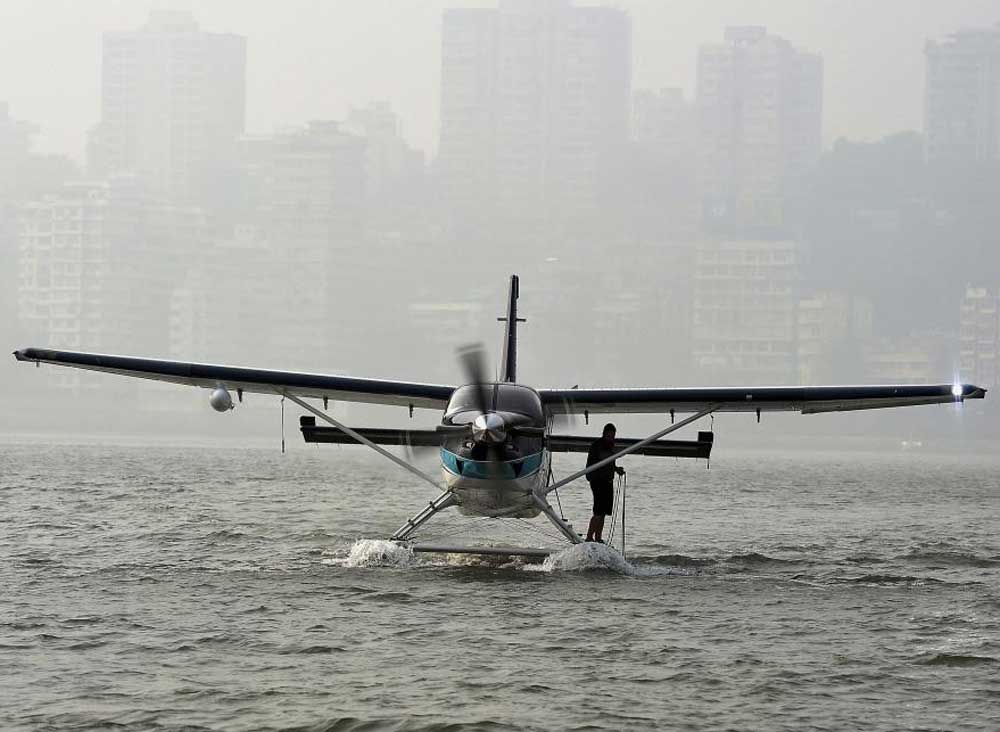 The Karnataka government is in the process of establishing water aerodromes in eight reservoirs in the state with a view to improve connectivity and encourage tourism, as the relatively inexpensive initiative would also require less land compared to the conventional airport.

According to a senior state government official, the objective behind the water aerodromes concept, besides addressing connectivity and tourism prospects, is also to minimise the spending on establishing traditional airports.

“To set up an ordinary airport or aerodrome for the operation of 72 or 46 seater ATR aircraft, at least 450 acres of land and an investment of Rs 200 crore is required whereas these water aerodromes can come up with an investment of a mere Rs 10-12 crore, D P Prakash, executive director of the Karnataka State Industrial and Infrastructure Development Corporation Limited (KSIIDC) told PTI.

Prakash said the prerequisites for such a project are sea planes, perennial water flow with at least two metre depth and 600-700 metres length for runway and water jetty from the plane to the bank.

Since dams fulfil the criteria, it has been decided to set up these aerodromes at eight places, including Krishna Raja Sagar Dam in Mysuru on Cauvery, Byndoor, Bhadra dam, Linganamakki dam, Almatti dam and Hidkal dam, he said.

To carry out the process of check-in, check-out and security check, on the bank of the river, lake or the reservoir, a small passenger terminal will be built. That’s the only expenditure for which Rs 10 crore to Rs 12 crore is required, the officer explained.

It is evident that these aerodromes are economical and viable. They can be used to help build network connecting tourist destinations.

“Tourists can get down at Almatti dam and visit Pattadakal and Aihole tourist centres. They can then take off and come to Mysuru and from there visit Linganamakki to see Jog Falls, Prakash said.

He stated such type of travel is adventurous and part of water adventure excursion.

Prakash ruled out any risk involved in landing and take-off of the planes.

Whatever the risks you have in air strip, the same is here, the officer said. According to him, the process of setting up the water aerodrome has already started.

“We have started surveying. Next is we have to submit the feasibility report, will prepare the detailed project report, tender documents and estimations. We have to get permission from the government in the form of administrative approval, then float the tender and award the contract. That means the process has begun,” the officer said.

He also said there is no deadline as of now because the government will also have to write to the Airports Authority of India and the Director General of Civil Aviation (DGCA) to meet the terms and conditions and guidelines.

According to Infrastructure Development Minister V Somanna, “with an objective to set ground and take-off on aviation-led growth, boost the economy and tourism with better connectivity, we are planning to develop” the water aerodromes.

Author water-digestPosted on May 16, 2022May 16, 2022
Water supply will be affected in parts of the national capital from May 17 morning due to depletion of pond level of Yamuna river...
Read More