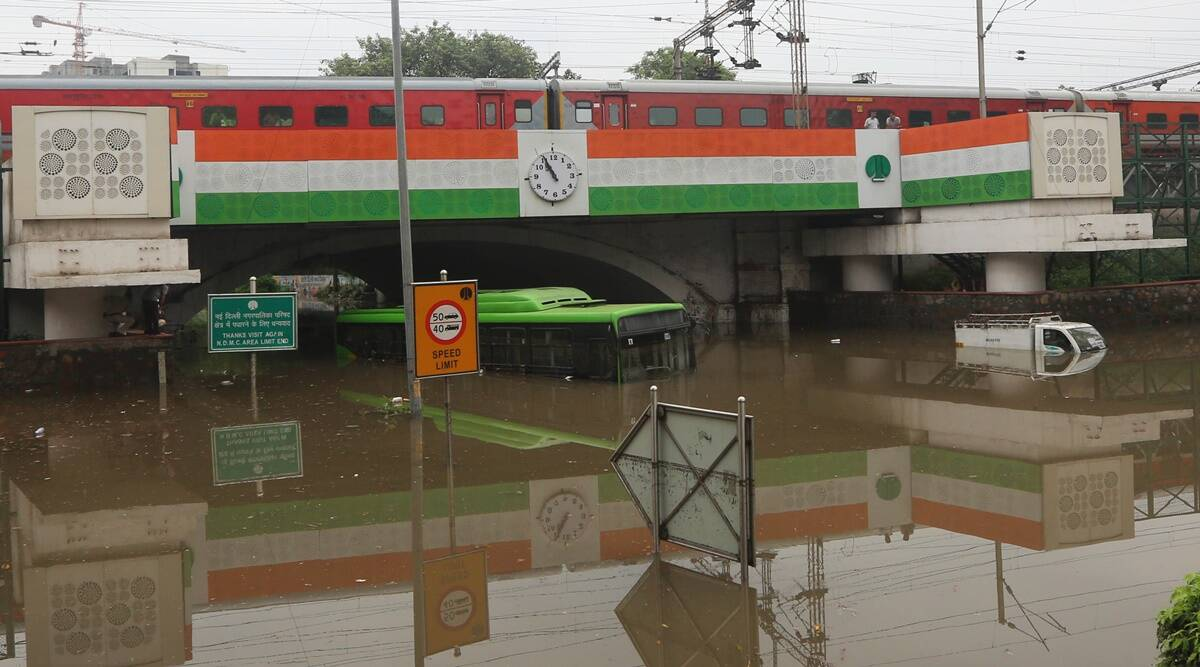 According to Public Works Department (PWD) officials, there will be round-the-clock monitoring of the critical waterlogging points as the CCTV feed will be sent to the PWD control room and necessary instructions will be issued to the staff on the ground to tackle the situation.

The PWD has identified 147 waterlogging-prone areas, including seven critical locations from where report heavy flooding is reported every rainy season.

These seven locations are — IP State Ring Road near the WHO building, the underpasses at Minto Bridge, Pul Prahladpur, Zakhira, Okhla, Azadpur and the Jahangirpuri metro station road.

In view of the India Meteorological Department’s (IMD) “orange” alert for heavy rains on Wednesday, authorities said elaborate arrangements such as constant monitoring of critical locations, strengthening of drains, installation of pumps and digging of recharge pits have been made to ensure that there is no waterlogging on the city roads.

“We have adopted tailor-made solutions for each of these seven critical waterlogging points. We have installed CCTVs and alarms, which will be monitored round the clock directly by the PWD control room. Other than location and problem-specific solutions, we have also cleaned storm water drains and installed automated pumps to ooze out water as soon as it gets accumulated,” a senior PWD official told PTI.

He claimed that except for Pul Prahladpur, no waterlogging was reported from the six other locations on June 30, when the city witnessed the first monsoon showers of the season.

The PWD has set up an alternative drainage system at the Minto Bridge underpass by constructing a separate drain and has also deployed high-capacity automated water pumps, CCTVs and alarms to ensure that the underpass does not get inundated during heavy rains.

At the Pul Prahladpur underpass, the PWD aims to solve the recurrent waterlogging problem by constructing a huge sump with a 7.5-lakh-litre capacity, along with an additional motor pump of 600 horse power, to remove the water accumulated there, the official said.

“On June 30, waterlogging occurred at the Pul Prahladpur underpass as some pumps did not function on time due to power outage. That issue has been resolved. We have also increased the number of pumps to six from two to ensure that the underpass does not get flooded during the next spell of rains starting Wednesday,” the official added.

At IP Estate Ring Road, opposite the WHO building, nine pumps have been installed along with CCTVs. The PWD has also constructed a sump with a capacity of 1.5 lakh litre and a storm water drain.

Another PWD official said the department has dug up 10 recharge pits so far and the process to dig more is on.

Delhi received its first monsoon showers on Thursday after which many areas, including the newly-inaugurated Pragati Maidan tunnel, ITO, the Pul Prahladpur underpass, the Barapullah corridor, the Delhi-Meerut expressway and Sarai Kale Khan, were waterlogged, causing traffic snarls for hours.

Due to the waterlogging, the traffic police had to shut the Pul Prahladpur underpass for vehicular movement on the Mehrauli-Badarpur road.

Deputy Chief Minister Manish Sisodia chaired a meeting to take stock of the waterlogging and sought a detailed account of the post-rain action.

In September last year, Chief Minister Arvind Kejriwal had said a “world-class drainage system” would be developed across the national capital with drains and sewers being de-silted regularly.