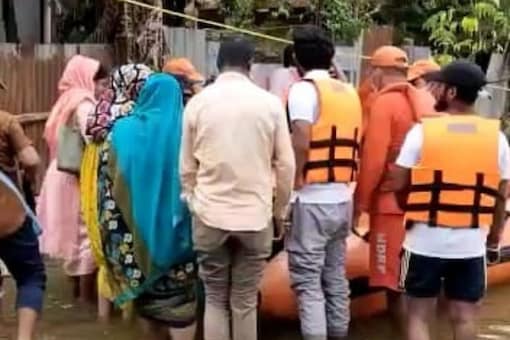 As the flood water recedes after unprecedented rain in Assam, the fear of Japanese Encephalitis is looming large in the state. Usually when flood-affected people go home from relief centres, the risk of mosquito and water-borne diseases is high.

Since the outbreak of the disease, 52 people have died so far, according to the National Health Mission in Assam. Four died on August 2 itself in Nagaon district, which is one of the worst affected districts of Assam. While a total of 305 people were detected with the mosquito-borne disease in one month, three among them were infected on August 2. Nagaon district has recorded 44 cases – the highest so far — followed by 39 cases in Jorhat and 34 cases in Golaghat.

According to state health officials, besides Japanese Encephalitis, acute encephalitis syndrome has killed 16 people this year and there are 143 cases so far. The state health department has taken steps to create awareness and has undertaken various preventive measures.

Fogging with Malathion is being done regularly and 6.8 lakh insecticide-treated mosquito nets have been distributed in the affected areas, according to the National Health Mission.

Roundtable on Financing Water in Geneva and Online

Author Water-DigestPosted on January 7, 2023January 13, 2023
WD News: The Organisation for Economic Co-operation and Development (OECD) Secretariat and UN-Water will host the 9th meeting of the Roundtable on Financing Water...
Read More