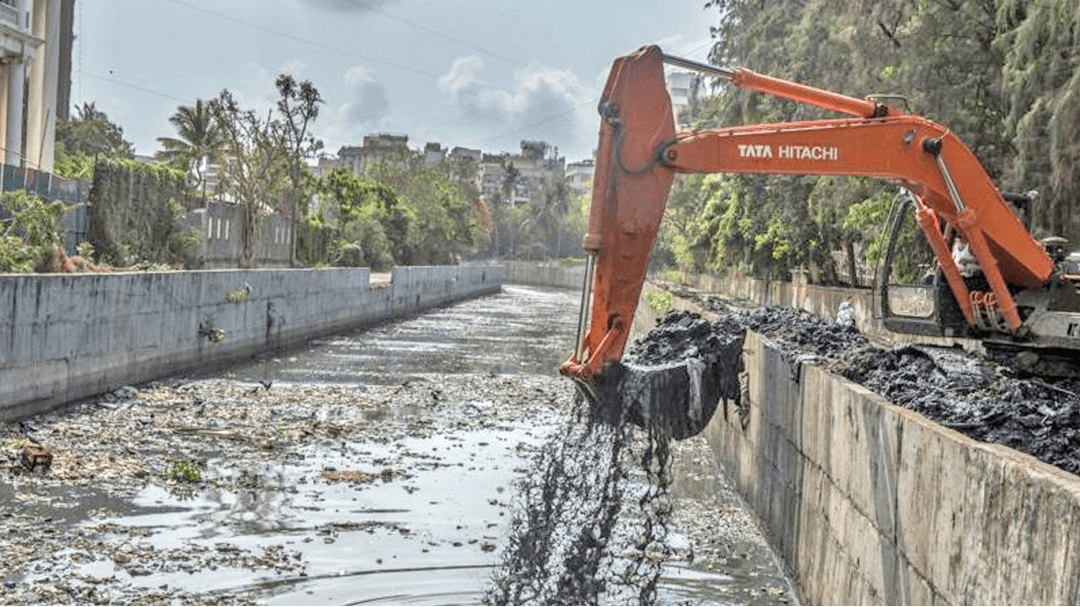 The Brihanmumbai Municipal Corporation (BMC) claims to have completed 99 per cent of pre-monsoon nullah-cleaning work, according to data. While desilting from minor nullahs and from eastern suburbs is 100 per cent complete, the work in island city, western suburb and Mithi River is likely to be finished in the next couple of days, as per the data. In all, the BMC has achieved 99.13 per cent of nullah-desilting across Mumbai, according to data received from the civic body.

Officials from Storm Water Drainage (SWD) department said that for this year, the civic body had set a target of removing 9.10 lakh metric tonne silt quantity from all the nullahs before monsoon. So far, 9.03 lakh metric tonnes of silt have been removed. The data showed that in the island city, 97.50 per cent of the target quantity of silt has been removed till May 28. Similarly, in western suburbs, 97.05 per cent work has been completed while Mithi River has witnessed 95.70 per cent completion of target disilting. The pre-monsoon works are expected to be finished by today, May 31.

According to a BMC official, Initially, work of desilting was going on at a slow pace but after contractors were penalised, the work began being carried out in full swing. The remaining work will be completed in the next couple of days.

Data shows that there are 309 major nullahs and five rivers in Mumbai. While major nullahs are stretched to 290-km, there are 508 minor nullahs spread across 605-km. In all, the state capital has a network of 2004-km-long drain and nullah network.

Earlier, the BMC was criticised for delay in nullah-cleaning work with the Bharatiya Janata Party (BJP)  and the Congress attacking the civic administration for delaying the appointment of the contractors. Later, civic chief I S Chahal announced that since the work on desilting had started late, the civic body will work in two shifts for cleaning the nullahs.

50,000 Ponds To Be Developed Across India Under 'Amrit Sarovar Abhiyan’

Author water-digestPosted on April 6, 2022April 6, 2022
Thirteen out of the 20 water ATMs, which were installed by the Guwahati Smart City Limited (GSCL) at a cost of Rs 2 crore...
Read More

Author water-digestPosted on August 5, 2022August 5, 2022
Parts of India, especially around the Gangetic plains, are facing acute shortage of rainfall. Paddy sowing has been sluggish over the past two months,...
Read More