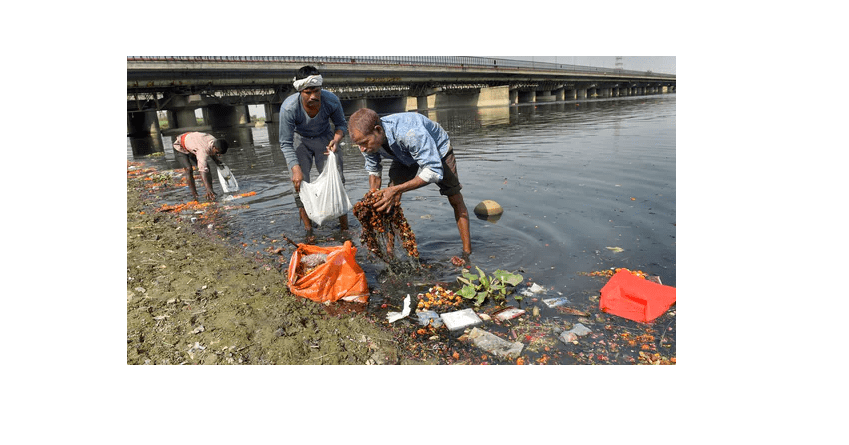 Pollution levels in the Yamuna river is fluctuating again, impacting operations at two key water treatment plants in the Capital, according to officials of the Delhi Jal Board (DJB). The Delhi water utility has asked Haryana to increase the water flow at two canals in the city to flush pollutants out.

Ammonia levels in the Yamuna were five times above the maximum treatable limit of 0.9ppm.

According to a communication sent by the water utility to Haryana, ammonia levels in the Wazirabad pond were as high as 7.5ppm, resulting in reduced water production at the Wazirabad and Chandrawal treatment plants.

The two plants together serve the national capital with roughly a quarter of its daily water supply.

As per the letter, reduced water production could lead to a crisis in parts of Delhi, including areas under the New Delhi Municipal Council (NDMC), which administers the city’s major institutional and diplomatic areas.

According to a senior DJB official, although ammonia levels reduced, they remained well above the treatable limit.

Ammonia levels reduced to 3.5ppm, but this is still three or four times above the treatable limit of 0.9 ppm. Water production at affected plants has increased, but is hovering around 75% of capacity.

The water utility has also urged the Haryana government to increase and maintain the flow in Delhi Sub Branch canal and Munak Canal to tide over the current situation.

Haryana has been requested to increase the flow in CLC canal from 569 cusecs to 683 cusecs and at the DSB canal from 330 cusecs to 385 cusecs.