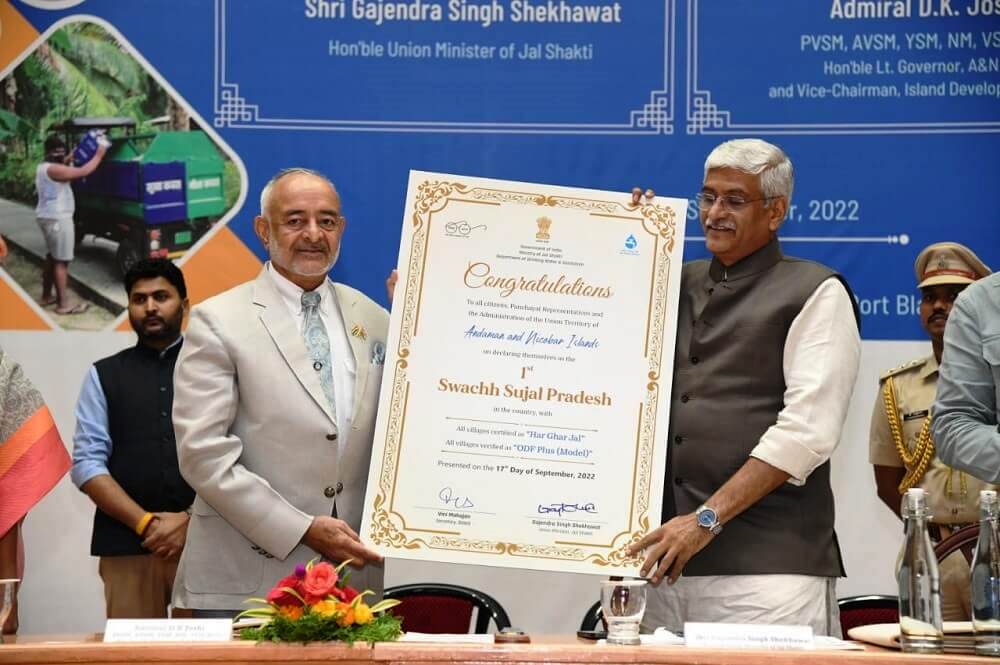 India: Andaman & Nicobar Islands has become the first “Swachh Sujal Pradesh” of India. In another significant development, Puducherry has declared itself as a ‘Har Ghar Jal’ certified UT.

When the Jal Jeevan Mission was launched on 15th August 2019, 46% and 81% of rural households of Andaman & Nicobar Islands and Puducherry had access to potable drinking water through tap connections respectively. In both the UTs (Andaman & Nicobar Islands and Puducherry), Panchayat representatives, Pani Samitis and district officials made continuous efforts even during the challenging times of the COVID-19 pandemic which led to provision of functional tap water connections to all their rural households. 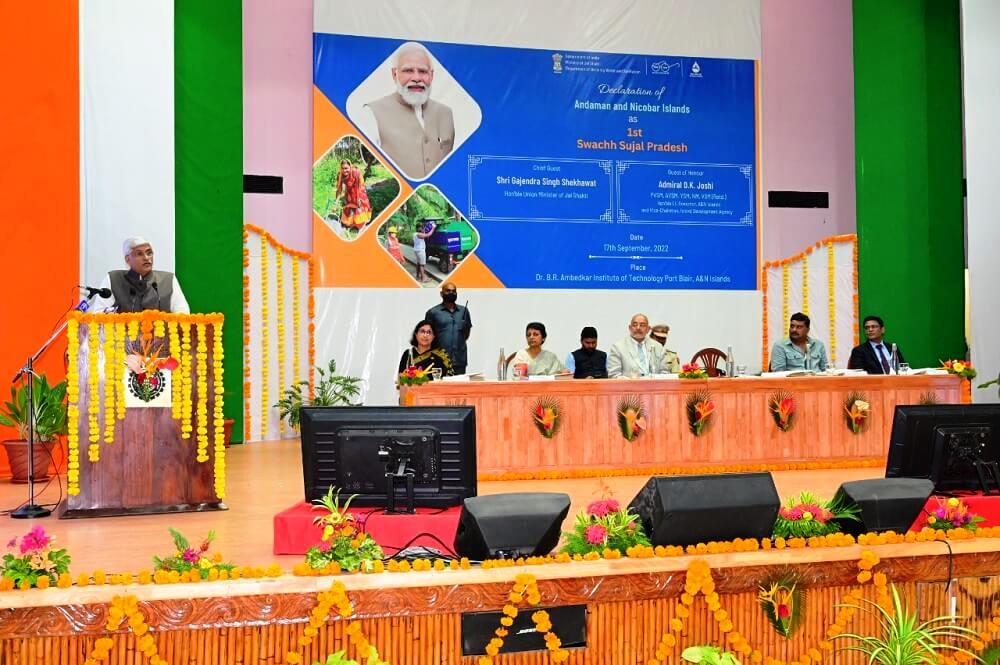 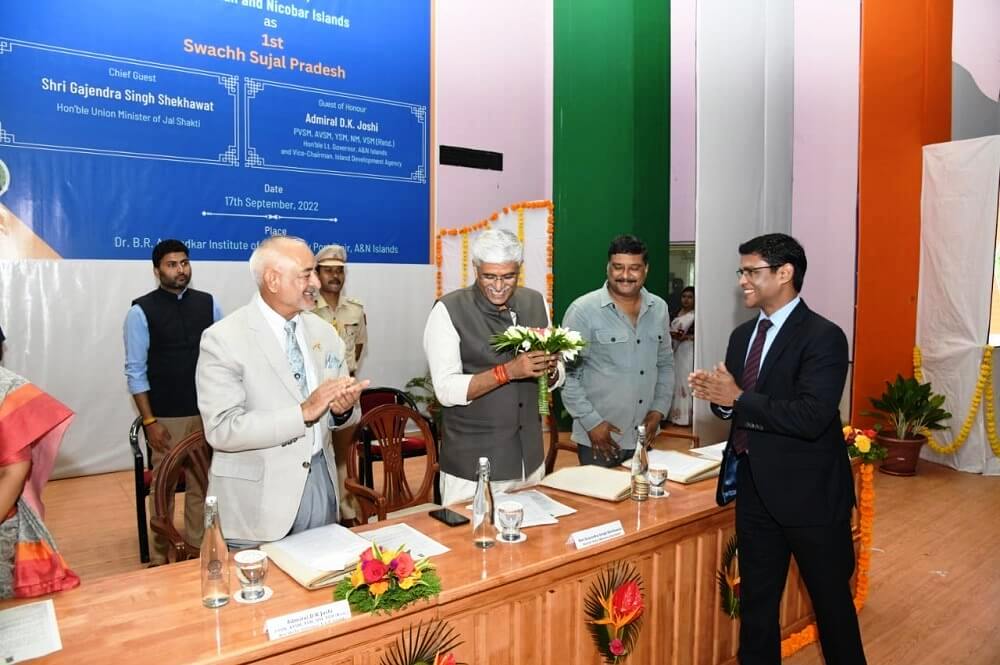 People from 266 villages of Andaman & Nicobar Islands and 246 villages of Puducherry passed a resolution in their Gram Sabhas to certify their villages as ‘Har Ghar Jal’ (that every household is getting a regular supply of water of standard quality and not a single household is left out of this facility). They also confirmed that all schools, anganwadi centres and other public institutions are also getting tap water, and there are no leakages from the distribution pipeline in the villages. 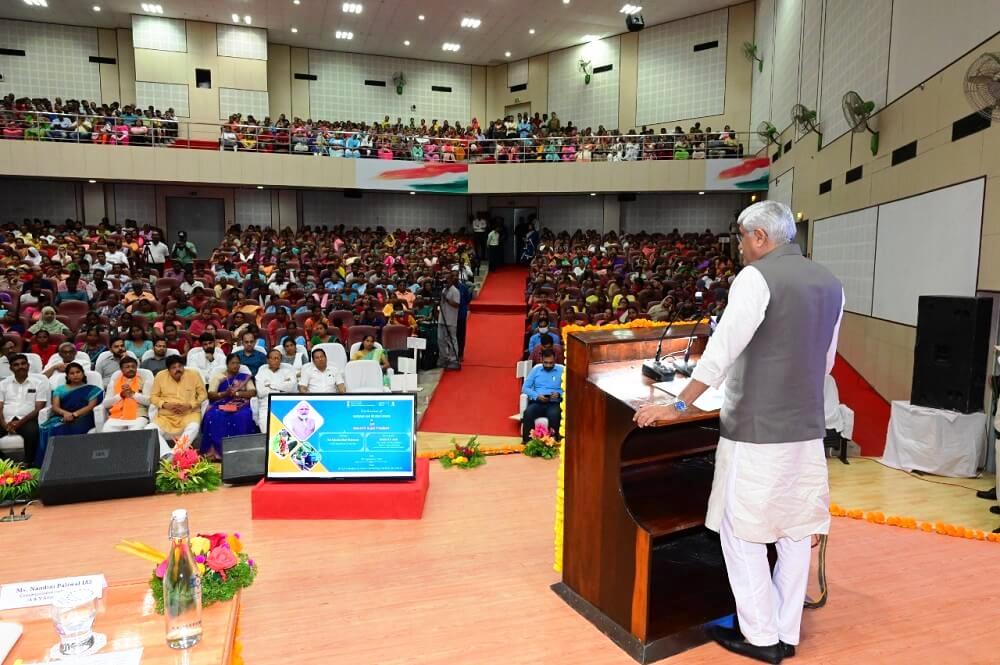 The Union Minister, Mr Gajendra Singh Shekhawat emphasized on the role Swachh Bharat Mission (Grameen) played in Andaman & Nicobar Islands achieving the ODF plus status. He applauded their achievement as all of their villages got ODF plus ‘Model’ status category, especially the fact that these villages have completed their third-party verification as well. “I congratulate all inhabitants of the Islands, Gram Panchayats, officials and other stakeholders who contributed to achieving this milestone. It will inspire other states/UTs as well to achieve this milestone in future”, he added.

The union Minister also urged people to participate wholeheartedly in the ongoing ‘Swachhata Hi Seva’ (SHS) campaign – with a special focus on the legacy waste campaign.