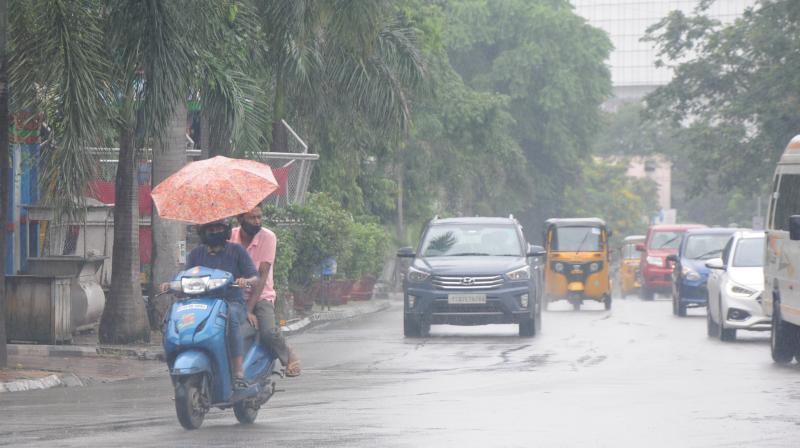 Even as the India Meteorological Department (IMD) forecasted heavy rainfall in some districts of Telangana, the state government has geared up the health department to tackle the seasonal diseases in the wake of recent heavy rains and floods in different parts of north Telangana.
The IMD, Hyderabad, sounded an orange alert indicating heavy to very heavy rainfall is issued at isolated pockets of Adilabad, Komaram Bheem Asifabad, Mancherial, Nirmal, Karimnagar, Peddapalli, Jayashankar Bhupalapally, Mulugu and Bhadradri-Kothagudem districts.

He directed that all the government hospitals be equipped with necessary medicines and beds and all diagnostic centres remained open round the clock. If necessary, the timings of the outpatient department be increased for a few more hours to deal with increasing number of patients.

Director of medical and health Dr G Srinivasa Rao said the health department had set up 289 health camps in the affected districts and 24,674 patients were treated in the last two days.

The state government also instructed the civic administration in all the affected districts to step up sanitation measures and draining out of stagnant water to prevent breeding of mosquitoes.

While Rao was appointed as a nodal officer to monitor the health of the people in Bhadradri Kothagudem, Mulugu and Jayashankar Bhupalpally districts, director of medical education Dr K Ramesh Reddy would look after Adilabad, Kumuram Bheem Asifabad, Mancherial, Nirmal, and Peddapalli districts.

These nodal officers were asked to conduct health camps, ensure sufficient quantities of medicines and consumables are available in all health facilities and take up campaigning on the preventive measures to control disease outbreak and measures for preventing water and vector borne diseases.

The officials briefed the chief minister that the flood water has receded considerably and relief measures had been initiated in affected districts.

The chief minister instructed officials to provide ₹2,000 to all
households in the next 48 hours. In addition, each of the households in the affected areas will be provided with 25 kg of rice, jaggery, potatoes, onions and palm oil within 48 hours.

He ordered officials to estimate the crop and property damage within 10 days of the flood water receding.

Jagan also asked officials to pay special attention to pregnant women and shift them to hospitals, wherever necessary. “Ensure the availability of medical officers, and specialists. Keep strict vigilance on the diseases. Continue chlorination in all the affected areas and provide clean drinking water to all these areas. Provide sanitation services to flood-affected areas from outlying districts,” he said.

Author water-digestPosted on February 1, 2022February 1, 2022
The Adyar river, which was recently cleared off garbage and sewage by the floods, is now getting contaminated again, this time by sewage discharged...
Read More