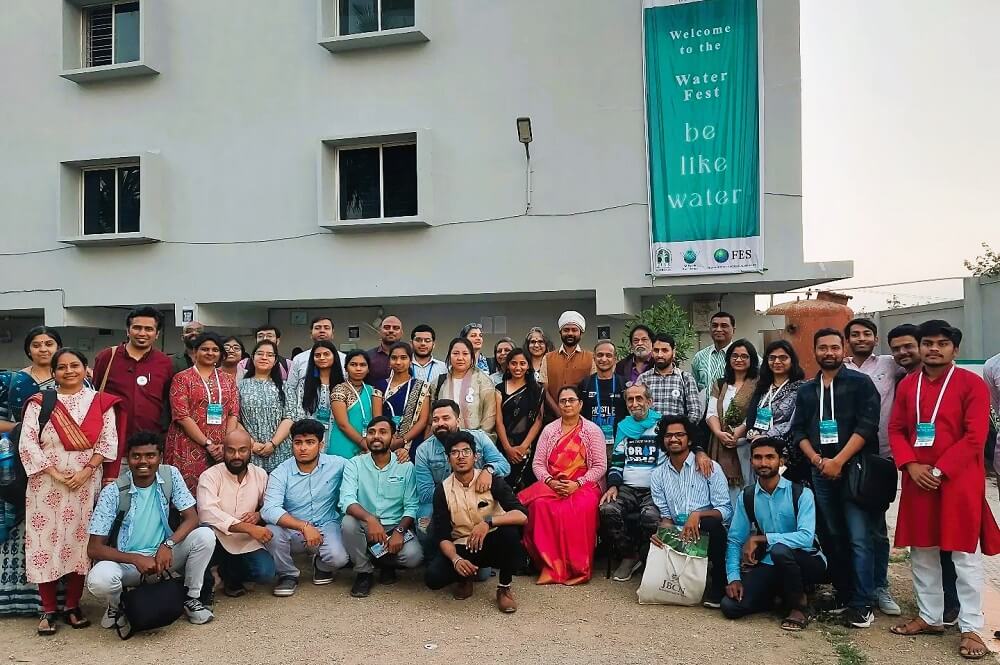 WD News: The ‘water conversation’ series by WforW Foundation, which began in April’2021, has completed over 100 sessions and connected with nearly 250 speakers. A compilation is available on TouTube.

Water Fest: ‘be like water’
To continue these water conversations, the WforW team recently planned a ‘Water Fest’ to rest and reflect upon the learning of the sharing by the speakers and the team who made this possible.

The Water Fest was organised in collaboration with WforW Foundation, Tata Institute of Social Science Hyderabad (TISS), and Foundation for Ecological Security (FES). Located at TISS Hyderabad from January 11-12, 2023, the theme of Water Fest was, ‘be like water’ which manifests as, ‘we are flowing together like a river touching the banks of knowledge that each one of us holds.’

Dr Bibhu Prasad Nayak served at the two days’ Water Fest as Institutional Host from TISS Hyderabad. Both days started with fieldwork ‘Walk a Lake, Talk a Lake’ and ended with interactive games – ‘Open House’. The first day lake walk was organised by Subba Rao and Mansee Bal Bhargava at Hussainsagar Lake. On second day, the lake walk was organised by Madhulika Choudhary (assisted by Garbhit Naik) at Neknampur lake.

The two keynote speakers for the two days were hardcore water warriors. On day-one, Aabid Surti, the ‘Leakage Man of India’ and Founding Director of Drop-Dead Foundation spoke passionately about the purpose of life and his efforts of fixing leaking taps. On day-two, Phoolbasan Bai Yadav, a Padma Shri, a social activist and Director of Maa Bamleshwari Janhitkari Samiti stressed upon the strength of women and the power of collective. 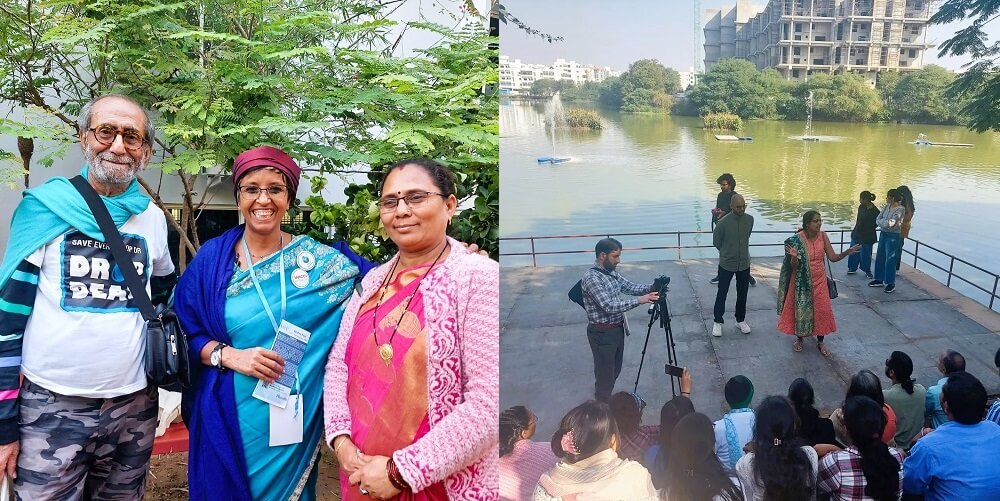 “A Documentary Film, namely ‘Mission Ahsaas’ – about revival of a waterscape in Kashmir was presented by director-producer Adbul Rashid Bhat. The second day concluded with expression of gratitude to nearly 250 speakers of 100+ sessions and 20+ team members. This was followed by a Book Cover launch of ‘Hydropreneurs in Water Conversation towards Water Conservation’. Around 80 people attended the Water fest each day.” 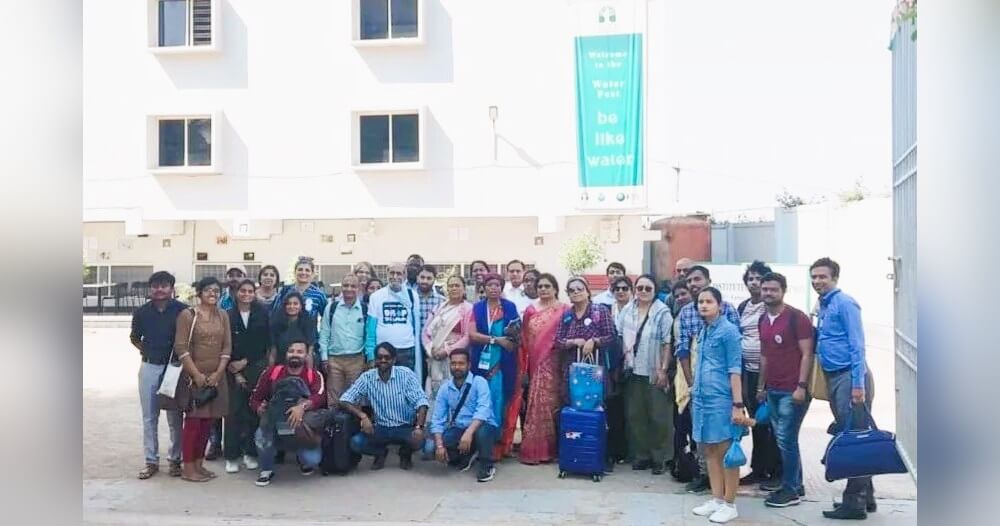 Author Water-DigestPosted on June 21, 2022June 21, 2022
With state government knocking all possible doors including the Cauvery Water Management Authority (CWMA) and the Centre to get clearance for the Mekedatu project,...
Read More

Author Water-DigestPosted on November 16, 2022November 17, 2022
Scheduled for completion by the end of 2026, the new Ion Exchange (IX) treatment facility will provide a peak combined capacity of 26 MGD....
Read More

Author Water-DigestPosted on May 30, 2022May 30, 2022
The Maharashtra Chief Minister’s Office (CMO), in a statement, said that there was only 37 percent stock of water in the reservoirs of the...
Read More