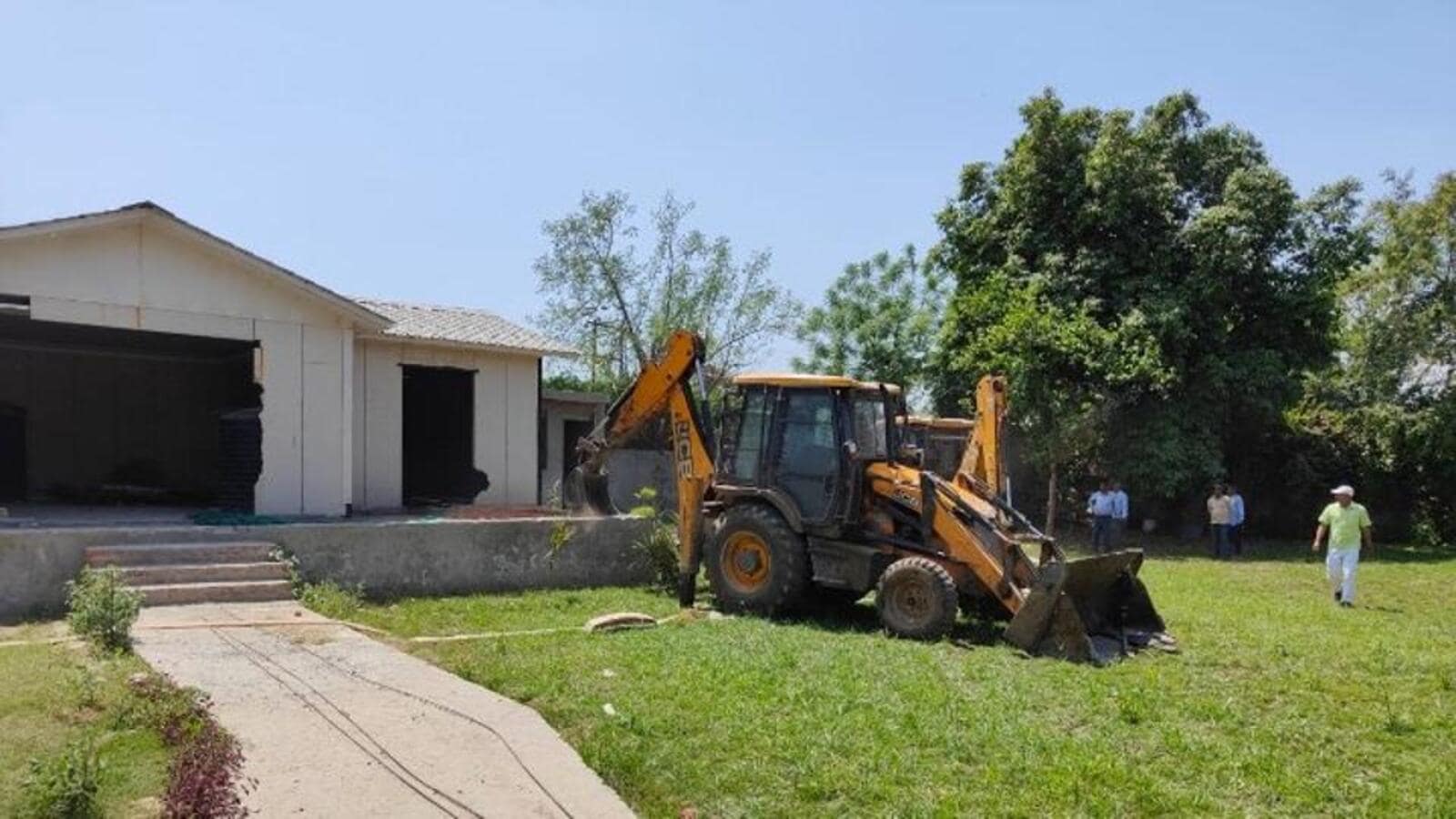 Over 50 farmhouses that had come up illegally along the Yamuna floodplains in Noida in Uttar Pradesh were razed down during a major anti-encroachment drive on Wednesday, officials said.

The demolished properties were located in an area spanning 1,45,000 sq metre and estimated to be costing around Rs 55 crore, the Noida Authority officials said.

“Any type of construction is prohibited in the (Yamuna) floodplains area in Noida. Today, seven illegal and unauthorised farmhouses/constructions demolition proceedings were carried out on 25,000 square metres of land in Gulawali village. In today’s action, a total of 145,000 sq. land, cost Rs 55 crore was removed from encroachment,” Noida Authority CEO Ritu Maheshwari tweeted in Hindi.

Noida Authority’s Officer on Special Duty (Land) Prasun Dwivedi said besides Gulawali, illegal farmhouses and constructions in Tilwada village were also demolished during the operation that started at 9 am on Wednesday.

According to Dwivedi said, Altogether, 55 farmhouses and some other illegal constructions were razed during the anti-encroachment drive. For the entire process, about 150 employees of Noida Authority including senior officials were on the ground along with police and PAC personnel.

He said nine JCB machines and eight dumpers were engaged for the demolition drive.

The OSD said the Noida Authority will follow up the action with legal proceedings against people involved in illegal colonization and lodge an FIR with the police.

The Noida Authority has cautioned the general public against falling trap in the clutches of land mafia involved in the business of unauthorised and illegal colonies and farm houses in river floodplains and on government properties, he added.

Author water-digestPosted on April 1, 2022April 1, 2022
Single-use plastics contribute to over 50% of marine litter, as per the pan-India coastal monitoring and beach clean-up activities undertaken by the National Centre...
Read More