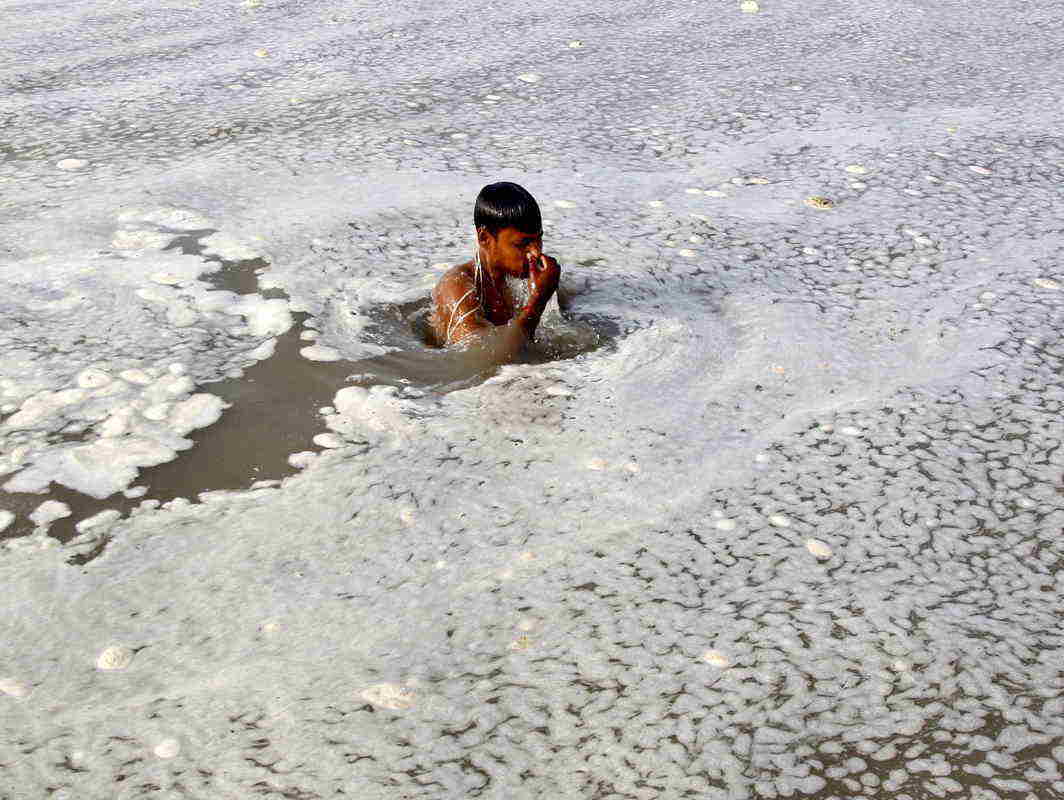 The National Green Tribunal (NGT) principal bench at New Delhi has directed the National Mission for Clean Ganga (NMCG) and Central Pollution Control Board (CPCB) to monitor progress of implementation of action plan in accordance with the Namami Gange Project. The application is against pollution of rivers Varuna and Assi in Varanasi by discharge of untreated sewage and unauthorised constructions.

The Tribunal constituted an ‘Oversight Committee’ headed by Justice S.V.S. Rathore, former Judge of the Allahabad High Court to oversee the steps taken in the matter, if necessary, by periodically interacting with the Execution and Supervisory Committees.

The bench comprising of Justice Adarsh Kumar Goel, Chairperson, Justice Sudhir Agarwal, and Dr. Nagin Nanda, Expert Member noted, “Since the issues and remedial steps have been identified by the joint Committee and exhaustive recommendations for remedial action made, there is need for execution of the action plan at the ground level in the light of above report. This requires coordination among the concerned departments including the Local Bodies, District Administration and State Government.”

The bench observed, “The report shows that there are serious issues adversely affecting rivers Varuna and Assi calling for remedial action in the form of desilting, remediation of wastewater, development of constructed wetland systems and bio-diversity parks, apart from management of sewage, industrial pollution and solid waste which requires concerted and continuing steps and monitoring.”

“The action plan may be placed on the website of CPCB and also circulated by CPCB to the River Rejuvenation Committees of all the States/UTs through respective State PCBs/PCCs, for appropriate consideration of their respective action plans to the extent found necessary,”

Accordingly, the Supervisory and Execution Committees suggested in the report may take further action. In terms of suggestions of the Committee, problem of chocking at the origin point of said rivers may be remedied by taking restoration measures. The execution Committee may meet at least once in a month under the Chairmanship of District Magistrate, Varanasi and the Supervisory Committee may meet on quarterly basis under the Chairmanship of Commissioner, Varanasi Division, as suggested.

An action taken report had been filed on August 18, 2021 by the U.P. State PCB on behalf of the joint Committee. The report mentions the minutes of meeting held on June 30, 2021 at CPCB. In the said meeting, action plan for river Varuna, prepared in pursuance of orders of this Tribunal, was discussed and revised. Issues of prevention of river water pollution, river ecosystem study and groundwater recharge, sewage and surface runoff management and encroachment were identified and addressing of gaps was planned.

In the present matter the grievance in this application is against pollution of rivers Varuna and Assi in Varanasi by discharge of untreated sewage and unauthorized constructions. Case set out in the application is that the above rivers are tributaries of river Ganga and cleaning of river Ganga cannot be imagined without first ensuring prevention of pollution of the said rivers. The pollution of the said rivers is subject matter of various media reports. Water quality of river Ganga at Varanasi is in bad condition. Fecal coliform bacteria count at Varun-Ganga confluence is 71 million per 100ML of water (Ganga Jal) and fecal coliform count at Assi River and Ganga confluence is 52 million per 100ML of water and on Assi Ghat fecal coliform is 1 lakh 40 thousand per 100ML of Ganga Jal. Permissible limit of fecal coliform bacteria should not exceed 500 per 100ML of water. Reference has been made to a report on water quality prepared by Sankat Mochan.

Author water-digestPosted on June 2, 2022June 2, 2022
The Tripura government has initiated a process to conduct a field study to operationalise a 54-km stretch on the Gomati river as part of...
Read More