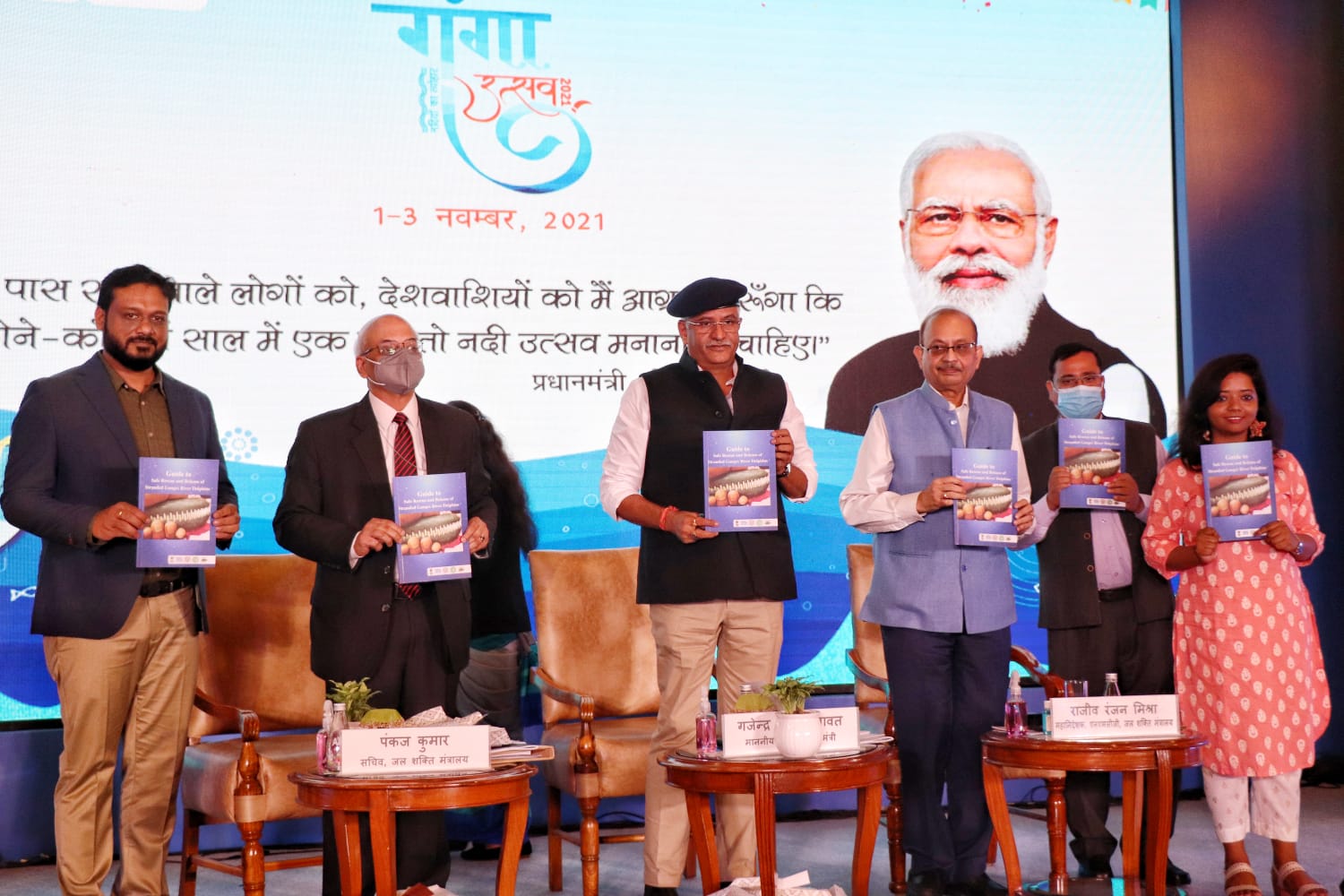 The fifth edition of Ganga Utsav began virtually on November 1. The much-awaited Ganga Utsav 2021 – The River Festival will not only celebrate the glory of all the rivers of the country besides Ganga. Taking inspiration from Prime Minister Narendra Modi’s call for ‘Nadi Utsav’ i.e. celebrating rivers, the aim is to take Ganga Utsav to all the river basins in India.

Launch of Continuous Learning and Activity Portal (CLAP) developed by NMCG in association with Tree Craze Foundation The Continuous Learning and Activity Portal (CLAP) was launched by Union Minister for Jal Shakti Gajendra Singh Shekhawat and other dignitaries on the inaugural day of ‘Ganga Utsav – the River Festival 2021’.   CLAP is an initiative by Namami Gange, created and executed by TREE Craze Foundation under leadership of Ms. Bhawna Badola, CEO of TREE Craze Foundation. CLAP is also funded and supported by World Bank. It is an interactive portal that works towards initiating conversations and action around the rivers in India. The portal is also a platform to facilitate debates and discussions and express ideas on various issues pertaining to environment, water, rivers, etc.

Congratulating NMCG for making Ganga Utsav grander every year, the minister said, “It is our collective responsibility to rejuvenate and preserve our rivers. Every individual should think how can they contribute to the cause of rivers.”

Rajiv Ranjan Mishra, Director General, NMCG advised the audience to not only enjoy the Ganga Utsav but also become a messenger and doer for rejuvenating Ganga & all the rivers. Apart from the thousands of people participating virtually in this central event, more than 100 events are planned at various districts in Ganga Utsav, he informed. He also spoke about an expedition ‘Ganga Mashal’ lead by, the Ganga Task Force, which was flagged off from Delhi and will travel the route including 23 stations along river Ganga which will help sensitisation of the local people and Namami Gange volunteers. He thanked the field volunteers like Ganga Vichar Manch, Ganga Dooth (NYKS), Ganga Praharis, Ganga Mitras, and all others for their fierless work and appealed to make Ganga Mashal a success.

NMCG Wins Guinness Book of World Records during Ganga Utsav
NMCG also got registered in the Guinness Book of World Records on the first day of the Ganga Utsav – the River Festival 2021 for most photos of handwritten notes uploaded to Facebook in one hour. Gajendra Singh Shekhawat, Union Minister for Jal Shakti posted his message on Facebook on Ganga after which the Guinness activity was opened for the public at large. Lakhs of entries were recorded during one-hour duration of the activity. The participation from people from all walks of life was particularly inspiring. Several people posted their self-created literary pieces on the event Facebook page. Guinness Book of World Records activity was organised to raise awareness on Ganga Rejuvenation and to give impetus to the reach of Ganga Utsav – the River Festival 2021. DG NMCG thanked all the participants for posting their messages to save Ganga.

Famous writer and poet, Ashok Chakardhar recited poems on Ganga and other rivers. His witty and humorous style conveyed the message of river conservation in an entertaining way. The event also had many music & dance performances. Singer Anuradha Paudwal mesmerised the audience with her enchanting voice. The day ended with Rahul Sharma’s classical santoor performance and Prachee Shah Pandya’s Kathak performance.

The festival will continue till November 3. Rozy Aggrawal, Executive Director (Finance), NMCG shared that storytelling, cultural performances and many more events are planned for the next two days. He also informed that the festival will also continue to be celebrated as Nadi Utsav at different places in the coming weeks.

Author water-digestPosted on October 25, 2021January 27, 2022
National Water Mission’s (NWM) campaign “Catch the Rain” with the tagline “Catch the rain, where it falls, when it falls” is meant to nudge the states and stake-holders...
Read More