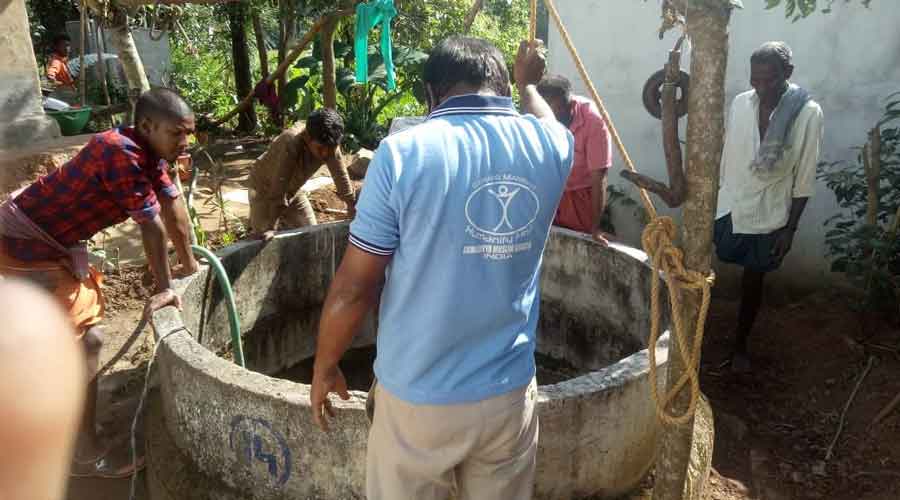 Bihar has decided to renovate 82,000 dug wells to provide drinking water security, recharge groundwater and ensure its continuous availability, especially during summer months during which water sources in several districts dry, thereby jeopardising the lives of the people and animals.

“We have marked 82,000 wells across the state that would be renovated and repaired. Many of them are still in use, but are in a dilapidated condition too. They are a regular source of potable water for the people living here,” Bihar Panchayati Raj Minister Samrat Choudhary said.

The work has already started on 14,000 wells in the first phase, with a target to complete it by June 15 this year.

“We are spending anywhere between Rs 80,000 to Rs 1 lakh on the renovation of each well. The wells help recharge the ground water table. Soak pits will also be made near them to catch wastewater,” Choudhary added.

The minister further said that his department will consider increasing the number of wells in the state to bolster the ongoing har ghar nal jal (tap water for every household) scheme of the state government.

Every summer, several districts in Bihar see a sharp drop in the ground water table, which leads to hand pumps and bore wells running dry.

The state government has put at least 11 of the total 38 districts — Darbhanga, Muzaffarpur, Samastipur, Bhagalpur, Patna, Gaya, Arwal, Banka, Kaimur, Bhojpur, and Buxar — in ‘water-stressed’ category. The situation in several other districts is also bad during the summer months.

Wells, or dug wells, have been used as a stable source of water in the state since the ancient times.

Though there are several textual and archaeological references of their existence since yore, the most famous among them is the ‘Agam Kuan’ or the ‘fathomless well’ in which Emperor Asoka threw the bodies of his brother in the struggle for the Mauryan Empire’s throne in the third century BC.

Officials working with the panchayati raj department and the public health engineering department pointed out that wells could be a boon for areas that are facing iron, fluoride, nitrate or arsenic contamination of ground water.

“Several researches have revealed that the presence of iron, fluoride, nitrate or arsenic in water from dug wells is much less in comparison to water from hand pumps or bore wells. We must conserve the wells for posterity and water safety,” a senior panchayati raj department official told this newspaper.

Areas in at least 28 out of total 38 districts in the state suffer from iron, fluoride, nitrate, or arsenic contamination leading to heath-related problems among the residents and also affecting agricultural production.

Author Water-DigestPosted on May 23, 2022May 24, 2022
For the first time, the sluices of the 88-year-old Stanley Reservoir in Mettur will be opened in May to facilitate the cultivation of short-term...
Read More