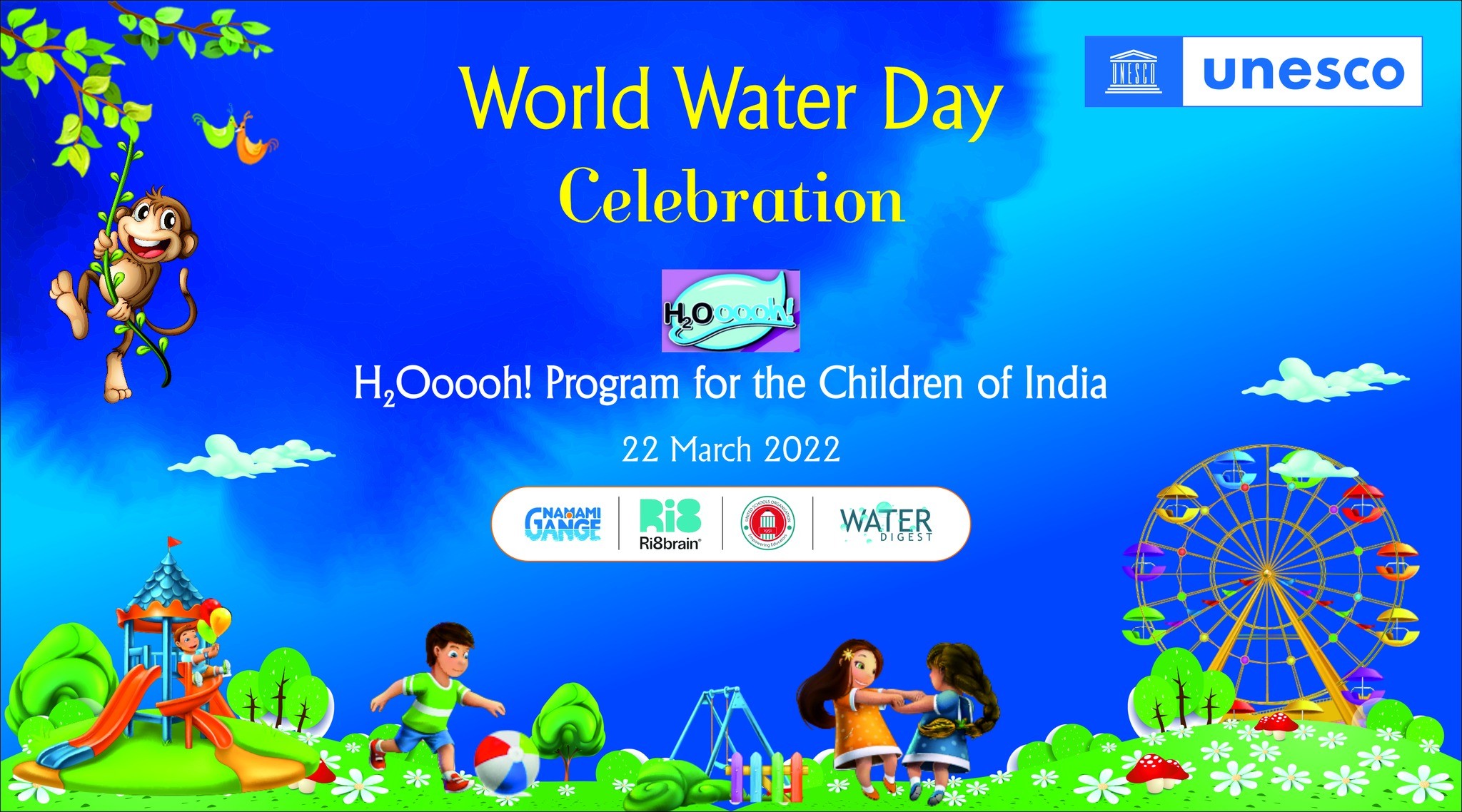 On World Water Day, UNESCO along with its partners released three animation films under its initiative “H2Ooooh! – Waterwise program for the Children of India”. The films are based on the stories submitted by school students focusing on protection and conservation of Indian Rivers.

The initiative was launched by UNESCO in July 2021, jointly with the National Mission for Clean Ganga (NMCG), United Schools Organization of India (USO), Ri8Brain – Toonz Media, and Water Digest.  Since its launch, nearly 31000 students from 53 schools in 18 Indian states have been engaged actively, with the support from over 400 teachers.

“In order to achieve SDG 6 (Water & Sanitation) it is absolutely essential to foster the knowledge and skills of young people to become Water-Ambassadors for improved water resources management in the future.” –  Eric Falt, UNESCO New Delhi Director in his opening address.

Divided in three phases, the project aims to spur creativity and raise awareness on water conservation and its sustainable use for students between the age of 6-14 years, by providing training and encouraging them to submit paintings and story ideas for the animated short films.

“Toonz is honored to be part of this prestigious project along with UNESCO and NMCG. Working with children and bringing out their creative talents for this socially relevant initiative has been very exciting and gratifying for our team.” –  Mr P. Jayakumar, CEO – Toonz Media Group.

During Phase I (July to August 2021), the participating schools screened 27 films produced by UNESCO on different water issues. In Phase II, 200 students underwent 2 weeks online training in script writing, character sketching and animation, and subsequently submitted their stories in a competition during the Phase III. The best three entries were selected for the production of animation films. These are by Pranita B., R.MK. Senior Secondary School, Tamil Nadu; Aditi Mitra, Chinmaya Vidyalaya, Kerala; and Sai Darshini, Harvest International School, Karnataka. These films bring out the message on river protection and conservation through the lens of a child.

“The involvement of children in Namami Gange Programme is pivotal to it being successful. This Waterwise program is an innovative initiative that brings forth fresh and young ideas on issues related to river rejuvenation and communicating them through animation films.” –  Mr G Ashok Kumar, Director General, NMCG.

“The creativity that we have seen from students in the form of stories and stop-motions animation is truly praiseworthy!”  –  Ms Nina Jain, Secretary General, United Schools Organization of India (USO).

“This unique initiative shapes the young minds and weaves the threads of creativity and awareness into the fabric of water conservation beautifully.” –  Ms Anupama Madhok, Director & Editor, Water Digest.

UNESCO and the partners have agreed to continue to work in these areas to promote living in harmony with the nature, with a special focus on the youth.

Author water-digestPosted on October 20, 2021January 27, 2022
The specialty chemicals company LANXESS has upgraded its Lewatit K 7333 ion exchange resin for oxygen removal for use in the electronics industry. The...
Read More

Author water-digestPosted on June 8, 2022June 8, 2022
Twenty-five glacial lakes and water bodies in India, China and Nepal have recorded over 40 per cent rise in their water spread areas since...
Read More