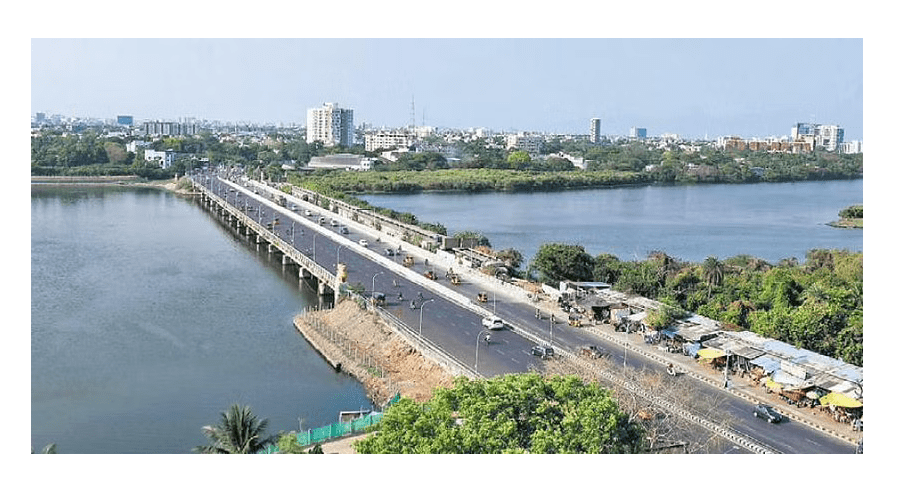 To prevent flooding, the Tamil Nadu government has allocated Rs 250 crore in the first phase for widening of Kosasthalaiyar and Adyar rivers, desilting the channels as well as strengthening bunds.

The Water Resources Department (WRD) had submitted a proposal for Rs 1,297.49 crore to carry out flood mitigation work. In the first phase, the government sanctioned Rs 250 crore. Using the fund, Adayar and Kosasthalaiyar rivers are to be widened to prevent flooding in Chennai and Kancheepuram districts.

The fund will also be utilised for laying stormwater drains and underground canals. It will also be used for repairing sluices in Porur, Ramapuram and Pallikaranai lakes. The WRD will also start desilting work in Kolathur lake soon. Another official said Adyar river that begins at Adanur flows through Manimangalam, Somangalam, Varadharajapuram, Orathur, Mudichur and adjoining areas. CM Stalin had inspected the areas in December and instructed officials to prepare detailed reports for flood mitigation.

Author water-digestPosted on March 9, 2022March 9, 2022
Rajasthan Public Health Engineering Department Minister Mahesh Joshi has said that the state government is determined not to allow water to be wasted at...
Read More

Author water-digestPosted on February 18, 2022February 18, 2022
On request by the Delhi Jal Board (DJB), all schools in the Capital have been asked to conduct rainwater harvesting workshops this month. DJB...
Read More

Author water-digestPosted on June 27, 2022June 27, 2022
The flood situation in Assam and Meghalaya continued to remain alarming due to ongoing extremely heavy rainfall in the northeastern states. However, India Meteorological...
Read More