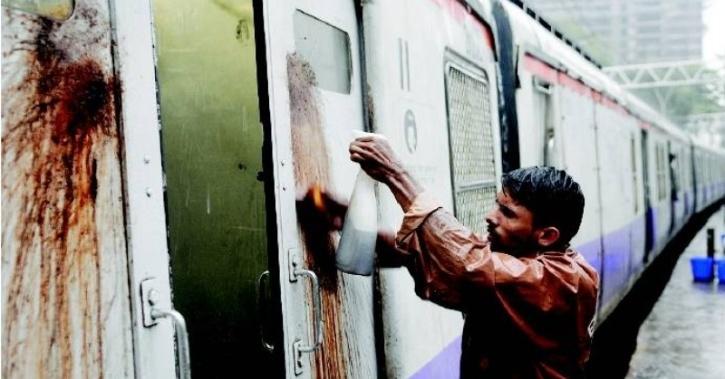 While there are “Please do not spit paan here” boards everywhere on the railway stations across India, Indians are not shy of painting the trains and walls red.

What they don’t realise is that it cost of crores of rupees and several thousand gallons of waterto clean spit stains.

It is estimated that the Indian Railways spends around Rs 1,200 crore and a lot of water annually to clean the stains and marks caused by spitting on its premises, especially by pan and tobacco users.

The Railways recently introduced a pocket-sized reusable and biodegradablespitoon, with seeds that will grow into plants when it is disposed of, which is the latest green innovation being pushed to tackle the menace.

To discourage passengers from spitting on railway premises, vending machines or kiosks are being set up at 42 stations to provide the spittoon pouch for as little as Rs 5 to Rs 10.

Three railway zones – Western, Northern, and Central– have awarded contracts to a startup, EzySpit, for this.

These spittoons can be easily carried in pockets and enable passengers to spit whenever they want and wherever they want while leaving the rail premises without ugly stains.

These biodegradable pouches, which come in different sizes and are reusable up to 15 to 20 times, also contain seeds along with a material that absorbs the spit and turns them into a solid. Once used, these pouches when disposed of in mud or soil, encourage plant growth.

Author water-digestPosted on June 12, 2022June 13, 2022
The India Meteorological Department (IMD) has issued a red alert for Arunachal Pradesh, Assam and Meghalaya for the next two days as extremely heavy...
Read More

50,000 Ponds To Be Developed Across India Under ‘Amrit Sarovar Abhiyan’

Author water-digestPosted on May 31, 2022May 31, 2022
The Ministry of Road Transport & Highways has said that 50,000 ‘Amrit Sarovars’ or ponds will be developed across the country with a plan...
Read More