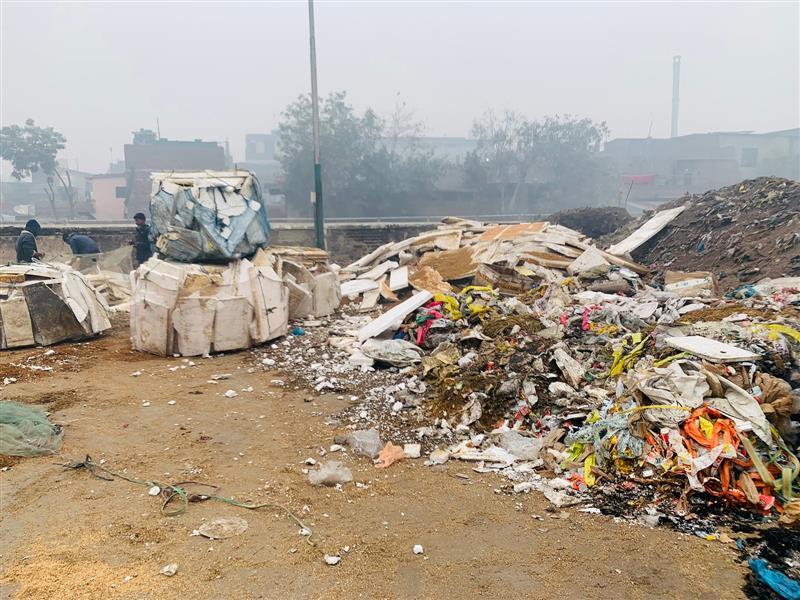 WD NEWS: Environmental activists and representatives of several NGOs celebrated the New Year near the Tajpur sewage treatment plant (STP) and completed the 7th phase of Buddha Darya padyatra as a part of the strengthening process of the rejuvenation project of the water body.

Expressing concern over constant degradation of the nullah, the participants in the march moved forward towards Tajpur Dairy Complex where the darya could be seen entering the most dangerous situation. Industry, dairy and sewer are polluting it on this stretch and the pollution level is very high.

Jaskirat Singh said the area of fish market was the worst where no green cover exists, except a small stretch created by the Buddha Darya Task Force. “Land encroachments are found maximum on either side of the bank while discharge of dairy waste can be seen pouring into the water body at so many places. Impact of dairy waste is tremendous and is likely to be the major cause of failure of the rejuvenation project, if not handled carefully,” he added.

According to the participants, the pollution of the water body was posing a huge health threat to residential areas on both sides of the darya.

Public Action Committee (PAC) member Col CM Lakhanpal alleged that controlling agencies as well as the administration have completely failed to check the pollution as garbage, solid waste and fly ash could be seen dumped and scattered at many places. The area was found with the worst pollution of water body, air, soil, ground water and surroundings.

Author Water-DigestPosted on January 23, 2023January 23, 2023
WD News: Businessman Chintan Patel is the Managing Director of Deesan Group, a leading name in the textile industry founded in 2004. Together, with...
Read More

Author Water-DigestPosted on June 6, 2022June 6, 2022
Assam’s flood situation continued to improve as the affected population decreased to around 68,000 on Saturday, an official bulletin said. With no new deaths...
Read More