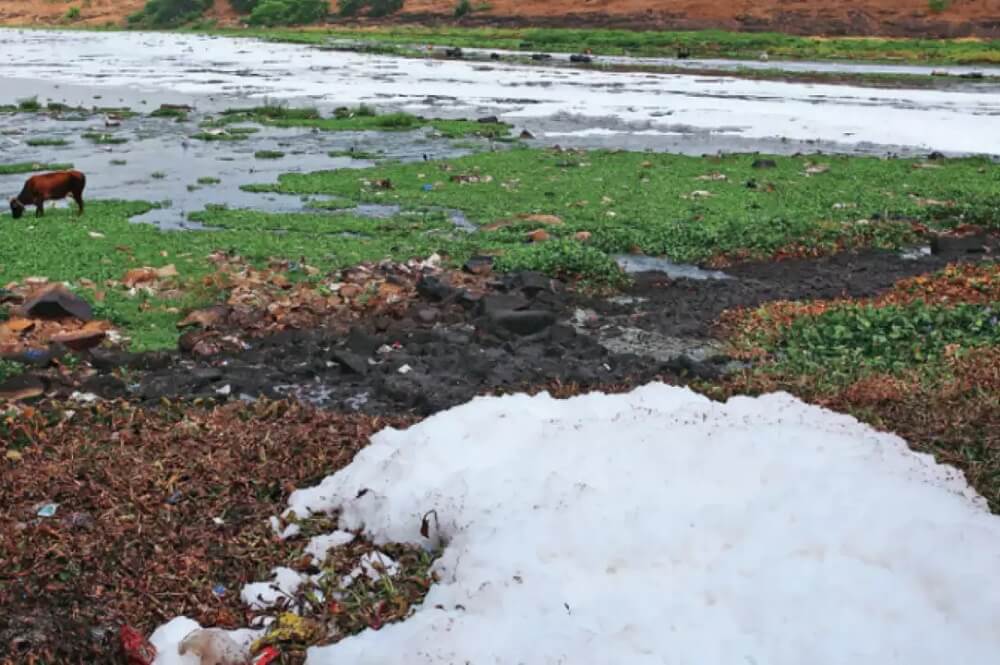 WD News: The Central Pollution Control Board’s (CPCB) latest study has found 55 polluted river stretches in Maharashtra, which was the highest in the country. The study was a periodic assessment of water quality of rivers in the country and measured exceeding levels of Bio-Chemical Oxygen Demand (BOD) in these stretches. “We identified polluted river stretches where water quality did not meet the primary BOD criteria for outdoor bathing. BOD in such stretches was more than 3mg/L.”

A senior official of CPCB said that an action plan had been readied and approved to ensure infrastructure for treatment of domestic sewage in cities, which is one of the major reasons of rising pollution in the rivers.

The official said that all such river stretches were found polluted because of discharge of sewage and industrial pollutants. “Of the sewage discharged in rivers, we found that quantum of untreated sewage way more than that of treated sewage. While factories have to mandatorily treat industrial effluents in Effluent Treatment Plants (ETPs) before discharging them into the water bodies, most cities do not have infrastructure for treatment of domestic sewage. This is one of the major causes for pollution in the rivers.

Water expert Himanshu Thakkar, who is also the coordinator of South Asia Network on Dams, Rivers and People, said, “Maharashtra is the most industrialised state and has numerous industries, which may be contributing to river pollution. Its considerable urban population has also put a lot of stress on the rivers, in terms of discharge of untreated domestic sewage into water bodies.”

Thakkar said that polluted rivers can have a major impact on the aquatic life, flora and fauna in the rivers, which again affect livelihoods of those dependent, such as fishermen. “Such type of pollution can also have an adverse impact on the quality of groundwater. Groundwater can become highly toxic in such places, even up to a few 100 km downstream. Once this happens, it is practically impossible to clean the groundwater in such areas.”

Author Water-DigestPosted on July 20, 2022July 20, 2022
Hearing the case of protection for the two water bodies, Puppulaguda and Gandipet, in Ranga Reddy district, the National Green Tribunal has directed the...
Read More