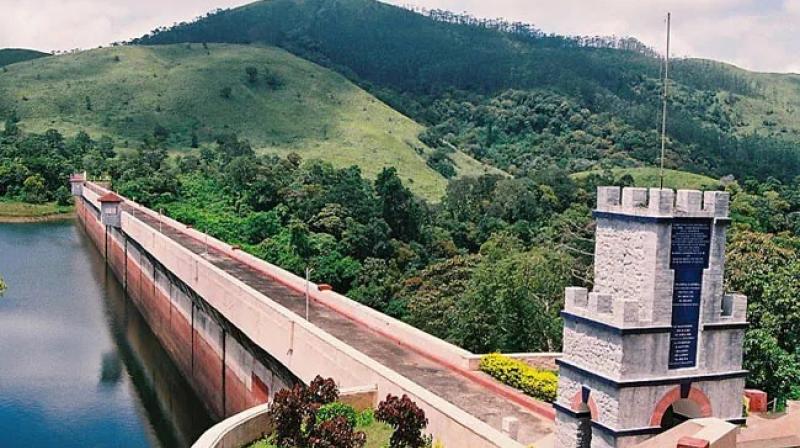 The Tamil Nadu government on Tuesday opened seven out of the 13 shutters of the Mullaperiyar dam due to rising water levels in the reservoir following heavy rains there, according to the district administration.

Tamil Nadu had opened one shutter at 8 AM by 30 cm to release 397 cusecs of water, a release by the Idukki District administration said in the morning.

At 9 pm, the Tamil Nadu government raised six more shutters of the dam by 30 cm each after the water level in the reservoir reached 141.60 feet, the district administration said later in the evening.

Later, it said that the Tamil Nadu government has announced it will raise three of the 7 open shutters to 60 cm each and a total of 3,949.10 cubic feet of water will be discharged through the spillway.

The district administration also said that as a result of opening more shutters, the water level of Periyar is expected to rise by 75 centimeters or two-and-a-half feet and asked residents on both sides of the river to be vigilant.

River cleaning impossible until all sewage in Delhi is treated: Report

Author water-digestPosted on May 30, 2022May 30, 2022
The Maharashtra Chief Minister’s Office (CMO), in a statement, said that there was only 37 percent stock of water in the reservoirs of the...
Read More