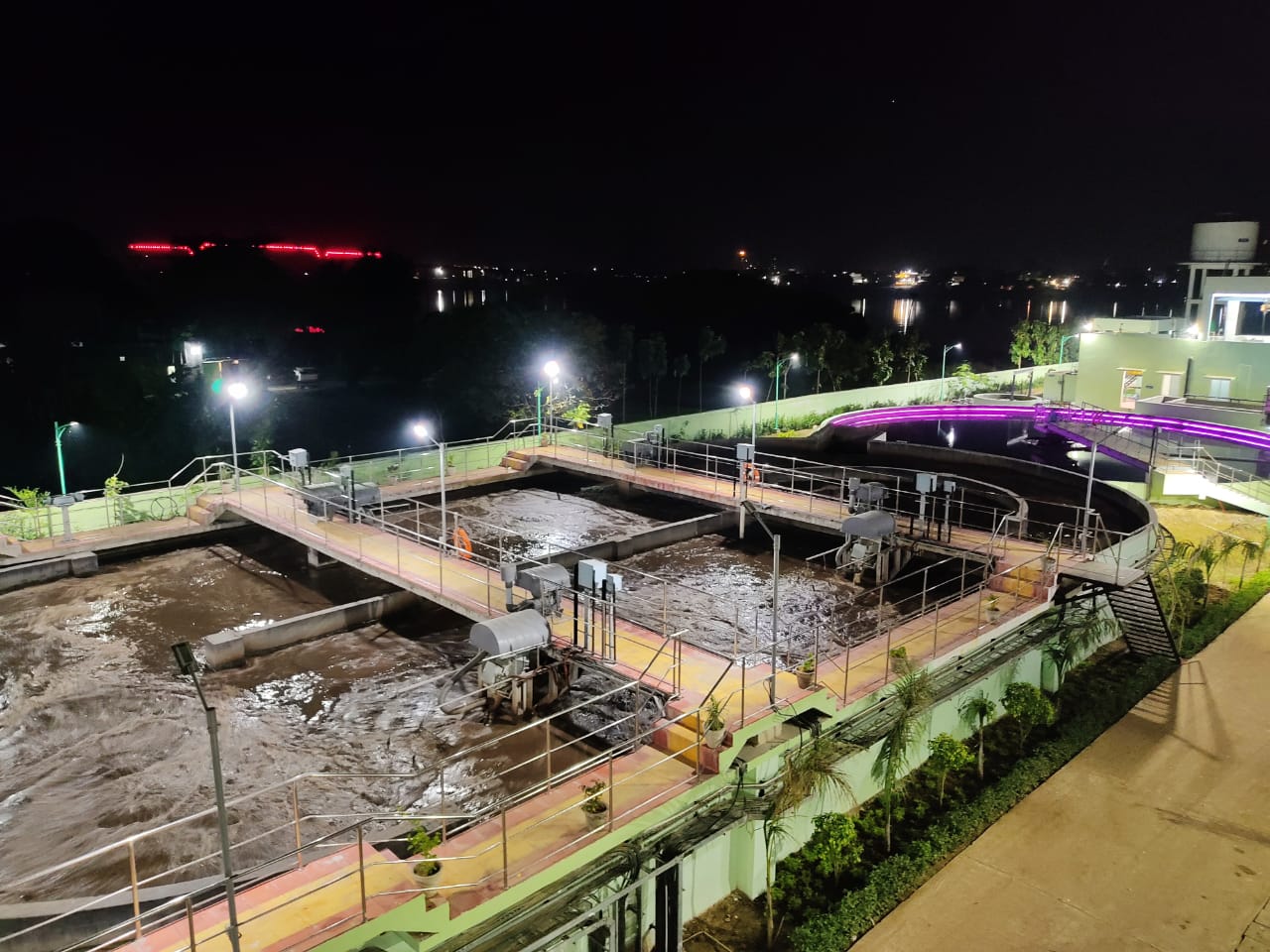 Prime Minister Narendra Modi on his visit to Uttar Pradesh on October 25, inaugurated a new state-of-the art Sewage Treatment Plant (STP) of 10 MLD capacity in Ramnagar, Varanasi. The Government is working on all fronts simultaneously for conservation and rejuvenation of river Ganga. Under the leadership of PM Modi, the National Mission for Clean Ganga (NMCG) is ensuring that a wide network of sewage treatment plants is setup to tap the flow of dirty water into the Ganga, so as to ensure the nirmalta (cleanliness) &aviralta (e-flow) of the holy river.

The Namami Gange Mission is emphasising on the construction of such STPs that can meet the requirements of the next 10-15 years, as well as rejuvenation of the entire flow area of ​​the Ganges instead of just a few cities and towns. Efforts are being made in this direction. This STP at Varanasi is one of the first of its kind, with state-of-the-art technology. It is built on the latest A2O (Anaerobic-Anoxic-Anoxic) technology. The special feature of this STP with 10 MLD capacity is that the polluted water will be treated with modern and advanced equipment from different countries and only treated water will now fall into the Ganga river.

The foundation stone of this STP was laid by PM Modi on November 12, 2018. A total cost of Rs 72.91 crore has been incurred on its construction. With the opening of this STP plant, there will be a complete stoppage on the contaminated water falling into the Ganga from a total of five drains of Varanasi. The project takes care of the operation and maintenance of the sewage treatment plant for the next 15 years. Filters imported from abroad have been installed for the plant which will purify the contaminated water. This purified water will be released into the Ganga through the main pumping station. Some other equipment, including the main pumping station, has been imported from abroad, so that the contaminated water can be treated in advanced ways.

At the same time, the project of beautification and conservation of eight holy kunds (ponds) of the city was also inaugurated by the Prime Minister in Varanasi district at a cost of Rs 18.96 crore.

These Kunds include Kalaha, Dudhiya, Lakshmi, Pahariya, Panchkosi, Kabir, Rewa and BakhariaKunds. The conservation and beautification work of these ponds has been done under the National Mission for Clean Ganga through ‘Clean Ganga Fund’. It was reported that these kunds are traditional man-made water bodies, which act as important sources of drinking water, rainwater harvesting and groundwater recharge for the region. Conservation of these historic Kunds is important as they are not only symbols of our rich socio-cultural heritage but also exemplify a sustainable approach to integrated water resource management.

Author water-digestPosted on October 20, 2021January 27, 2022
The specialty chemicals company LANXESS has upgraded its Lewatit K 7333 ion exchange resin for oxygen removal for use in the electronics industry. The...
Read More

Author water-digestPosted on October 18, 2021January 27, 2022
The Haryana government proposes to spend Rs 215 crore on the construction of a dam meant for the revival of the Saraswati river. According...
Read More